She was the youngest child of longtime San Diego lawyer Fred E. Lindley and his wife, Alma. In 1941 she graduated with a Bachelor of Arts degree from San Diego State University. While still at San Diego State, she took a flying class and was hooked. Ruth then trained at Montgomery Field and obtained her private pilot’s license.

In 1943, she was accepted into the Women Air Force Service Pilots (WASP) program and left San Diego for training at Avenger Field in Sweetwater, Texas. As part of WASP class 43-W-5, she flew the same military planes as the men flew. But her favorite plane was the P-51. In 1944 she married Capt. Clifford H. Muller, but continued to ferry planes as a WASP until the program was disbanded on December 20, 1944. Her WASP uniform jacket with her wings now resides in the "Price of Freedom" exhibit in the Smithsonian. During the next two decades, Ruth and her family traveled the world living in Finland, England, Morocco, and Japan during her husband’s Air Force career.

In 1971, Ruth returned to San Diego. For thirty years Ruth made her home in Pacific Beach. She stayed active in women’s flying through her membership in the Ninety-Nines and WASP associations. Oma (as her children and grandchildren called her) was very involved in the lives of her family and never missed a birthday, graduation, or special event. Ruth is survived by her two children, Clifford H. Muller of Florida and Lin Reetz of Santa Barbara, California. She also leaves behind four granddaughters; Laura Rossini, Kelly Anderson, Kristin Muller, and Kimberly Muller. 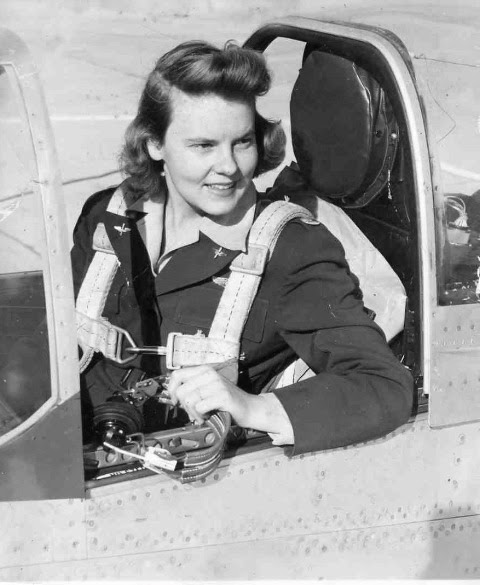 Posted by Wings Across America buglegirl at 8:13 AM No comments: 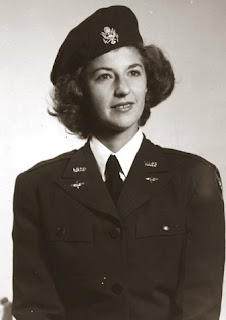 Born October 6, 1922, in Williamsport she was the daughter of William and Carrie Clark Stabler.

Betty retired from Williamsport High School where she taught Home Economics and Aviation, and had taught private flight instruction through instrumentation. She graduated from Mansfield University and was a commercial pilot. She and her husband, Charles O. Harlan, owned Aero Flight, Cessna Dealership Charter. She served as an F.A.A. Accident Prevention Councilor for many years. A veteran of WW II she served in the Air Corps as a military pilot in W.A.S.P. (Women Air Force Service Pilot). She was a member of the Silver Wings and the Felicitas 500 Order of Eastern Star.

Surviving in addition to her husband of 41 years is a son, Gary Shafer of Georgia, and a daughter, Constance Martin of Slate Run.
The funeral service will be held 11 a.m. Saturday, July 28, at the Spitler Funeral Home, 733 Broad St. Montoursville with Pastor Marie E. Lewis and Pastor Vernon R. Eichelberger officiating. Interment will follow in Mound of Wildwood Cemetery. Friends will be received on Friday from 6 – 8:00 p.m. at the funeral home with an Eastern Star service at 7:30
Posted by Wings Across America buglegirl at 8:09 AM 1 comment: