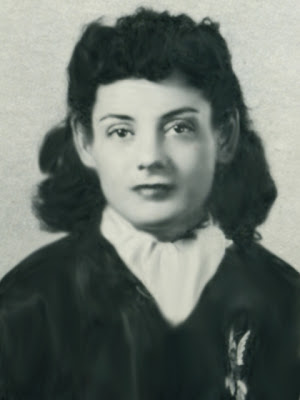 WASP Helen Wyatt Snapp, a graduate of Class 43-W-4 of the Women Airforce Service Pilots, passed away on Jan. 20, 2013.  She is truly flying higher than she has ever flown before.

Born May 1, 1918 in Washington, DC, Helen was the middle child in her family, with two older sisters and a younger brother and sister.  At age eight, young Helen sat on a curb on Pennsylvania Avenue and watched as aviation pioneer Charles Lindbergh, rode by in a ticker-tape parade.  Her brief glimpse of the aviation pioneer, who had just returned from the world record setting first solo flight across the Atlantic, remained an inspiration throughout her lifetime.

After high school, Helen attended Mary Washington College in Fredericksburg, Va, planning to become a teacher.  However, on summer break, she saw an ad in the paper for flying lessons.  She convinced her sister to join her and, without telling the rest of the family, they signed up.   Eventually, they both soloed. Helen then dropped out of college, used her part-time pay (working for the telephone company)  to pay for more flying time.  She eventually re-enrolled in college to take advantage of the CPT (Civilian Pilot Training) program.  CPT  gave her the opportunity to build up her flying hours and to attend ground school classes at night.


After the attack on Pearl Harbor, early 1942, Helen married her beau, Ira Benton "Ben" Snapp and put her flying on hold.  After her husband graduated from officer training, he was shipped overseas with the 3rd Infantry.

In early 1943, she received a telegram from aviatrix Jacqueline Cochran, inviting her to apply for the newly created Army Air Forces flying training program for women pilots.  She was interviewed by Ms Cochran  at the Mayflower Hotel in DC and accepted.

"Before I knew it, I found my way to Texas.  I had never been away from home before...it was quite an experience just to take that step.  But I was just thrilled to pieces, because I just loved to fly.  And here I was going to be able to fly all those wonderful military airplanes!"

On Feb. 4, 1943, Helen, together with half of her class of 151 young women pilots,  reported to Avenger Field, Sweetwater, Texas for military flight training,.   At that time, there were male Canadian cadets in training there at Avenger Field and living in some of the barracks.  They were  soon shipped out to other bases, leaving room for the other half of Helen’s class to report to Avenger Field.

After completing the required six months of flight training, which was essentially the same training as the male Army Air Force Cadets were receiving,  on Aug. 7, 1943, Helen and 111 classmates graduated, received their silver WASP wings,  and became WASP--Women Airforce Service Pilots.

Shortly after graduation, Helen and a group of other WASP were given temporary orders to report to the Pentagon.  After a week of briefing, they, received orders to report to Camp Davis Army Air Field, North Carolina, an anti-aircraft artillery school.  After transitioning into A-24's and A-25's, Helen flew tow-target missions over the Atlantic, as gunners on the beach fired live ammunition at her cloth target.  (She also flew radar, searchlight, tracking and strafing missions.)

After completing the transition training at Camp Davis,  she was sent to Liberty Field, near Camp Stewart/Savannah, Georgia.  She and five other WASP were selected for ‘R-Flight’--  a top secret initiative located on an “off-limits” part of the field. There, she learned to “fly” a PQ-8 & PQ-14, which were radio controlled drone aircraft,  from a console inside an AT-11 or UC-78 control ship.  (In time, this led to the development of the more sophisticated remote-controlled planes used by the Air Force today.)

After her WASP service was over, Helen arrived back in DC, her husband, now Captain Ira Snapp, returned from overseas duty and retired.   The couple settled down on a family farm near Staunton, Virginia.  Helen gave up flying, went to work for the US Post Office,  and they began their family, which eventually included three sons.

During her later years, Helen raised Pekingese dogs and was an avid gardener—and, as she pointed out, “flowers and vegetables.”  She became active in the National WASP organization, serving as National Treasurer from 2002-2004.  She was a proud member of the Ninety Nines, The Valiant Air Command, and was a fan of the women astronauts, attending several shuttle and rocket launches near her home on the east coast of Florida.

In 2010, the WASP were awarded the Congressional Gold Medal, the highest civilian honor Congress can bestow.  Florida Representative Illeana Ros-Leitinen, the co-sponsor of the bill in the House, presented a signed copy of the Congressional Bill to Helen in her home in Pembroke Pines, Florida.  Helen was touched by her kindness and overwhelmed by the honor.  (Charles Lindbergh, who had inspired her to fly,  had previously been awarded the same medal.)

Helen spent the last few years as a sought-after guest speaker at many different events, sharing her stories about her service as a WASP.  This past December, she attended the Wings Gala at Wings Over The Rockies Aviation and Space Museum in Denver, Colorado, where the Fly Girls of WWII Traveling WASP Exhibit is on display.
Helen passed away at Memorial West Hospital in Pembroke Pines, Florida, following complications after surgery to repair a fractured hip.   She is survived by her sons:  Jeremy and David;  daughter-in-law Adriana;  and grandchildren Robert, Benton and Justin.  She is also survived by nieces and nephews:   Hal, Bob and Leilani Henderson; George, Michael and Larry Yates; Don, Diane, Christine and Bobby Walker; Martha Hillegas,  and Sue Taylor.
Those of us who were blessed to meet Helen will always remember a generous and caring lady, with an easy laugh and kind, sparkling eyes. She found great joy in sharing her love of flying and always spoke straight from her heart. She will be missed.  She will be remembered.
A Memorial Service in celebration of Helen’s life will be held March 2, 2013, 11:00 am at 14710 SW 128 Street, Miami, FL 33196.  Fly-in’s will be accommodated with RSVP to office.  (Call 305 233-5197 to arrange for incoming planes. )
In lieu of flowers, donations can be made to Wings Over Miami, 14710 SW 128th Street, Miami, FL 33196 and/or Florida Gold Coast  99s , 880 N.E. 69 St. #4F, Miami, FL 33138.
Respectfully written and posted by Nancy Parrish
___________________

Sources:
Betty Turner’s “Out of the Blue and Into History”  p. 89 “Helen Snapp in Her Own Words”
North Carolina’s WWII Experience: Helen Snapp/WASP
Veteran’s History Project: Interview with Helen Snapp (5/23/2011)


Posted by Wings Across America buglegirl at 10:23 AM 2 comments: