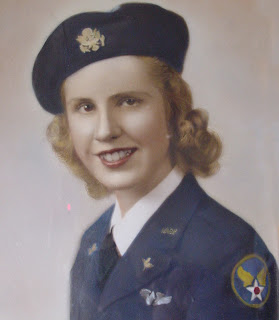 I am writing in loving tribute to Lee Todd - also known as Rosina Lewis and, fondly by those who've known her the longest, as Rosie - upon her death at her Lookout Mountain home this evening, February 7, at age 86.

On behalf of her sons Vince, Ron (and his wife Jayne), and myself (and my partner Ron) I would like you to know she lived and died knowing how fortunate she was to have led such an extraordinary life, touched by so many wonderful people. Even with congestive heart failure sapping her energy these past months, she remained interested in the world and passionate about making it better - one of her several defining qualities. Mom was exceptional in so many ways, and an activist to the end. It is my hope to make her proud by capturing her uniqueness, her active life, and her commitment to activism in this tribute.

While we feel a tremendous sense of loss, we celebrate our great fortune to have received life from her, for her to have survived breast cancer 43 years - half-her-lifespan - ago, and also for us to have known such an extraordinary person: a white-suburban-housewife stereotype-busting WW-II pilot, technical rock climber, pre-civil rights era reader of Ebony Magazine, relentlessly energetic activist for peace, justice, and democracy, and passionate partner for Dad.

Of course this was yet another of Mom's defining qualities, her devoted love for Dad - Clem, who predeceased her on March 14, 1998. Mom and Dad loved each other tremendously, and had such wonderfully multi-faceted lives together. It was Mom's extraordinary care giving for Dad and determined focus on enriching his life during his final decade, after a massive stroke followed by brain cancer, that set the care giving example to which we aspired for her.

Mom loved to fly - not just commercial, ultimately exploring the world with Dad - but at the controls. In fact, she had her pilot's license before her driver's license, and was soon a flight instructor, too. Her service as a pilot in the U.S. Army Air Corp's Women Airforce Service Pilots (WASPs, class 44-W-1 and flying PT-19, BT-13, AT-6, C-45, P-39, B-17, and B-26 aircraft) was not just a tremendous thrill for her but also a profoundly defining experience in her life.

Yes, it was remarkable because she was one of only 1,074 WASPs who in turn were pioneers, women pilots in a man's world. But what was most notable, as she would insist at every opportunity from private conversations to public forums, was that she was not seduced by the popular glorification of war.

She never missed an opportunity to underscore our complete failure to heed President (and General) Eisenhower's warning to be ever vigilant lest what he called the "military-industrial-complex" consume our culture and pervert our political processes; and to point out that since WW-II, the country she served has gone to war way too quickly and has taken diplomacy way too casually. As she and I watched the Inauguration of Barack Obama together on TV, she expressed hope that the time might have finally arrived for us to reconsider our misguided ways.

Mom loved the outdoors and in fact got to know Dad doing technical climbs - and rescues and recoveries - in California's mountain and desert environs. Their love of climbing, skiing, and ice skating in particular, was nurtured by the Sierra Club - one of their life-long loyalties - and had them leading the three of us into the outdoors almost right out of the womb. Throughout their lives, they enjoyed constant exploration, from mountains to deserts to islands, with family and their closest friends.

Mom's life was further defined by a far-reaching commitment to public service:

from the Red Cross to the United Nations Association to the Board of Plan Jeffco Open Space, and so many committees, commissions, and boards in between;

organizing forums to expose the excesses of the House Un-American Activities Committee (HUAC), Senator Joseph McCarthy, and the blacklisting of that dark chapter in American history, to organizing volunteers to fight an earlier Colorado pine beetle infestation;

as a volunteer education lobbyist at the Colorado General Assembly on behalf of the League of Women Voters, an organization whose advocacy and action on behalf of responsible and informed citizenship she was devoted throughout her life, wherever we lived, and in so many capacities;

as a compassionate philanthropist for social justice, the environment, women's and reproductive rights, ending poverty, and ending war;

organizing the SHARE social services program with her colleagues from across the faith community through the Jeffco Action Center; serving a similar clientele at Legal Aid; and, just a few year ago, volunteering with the Police Department's Victim Services Section;

throwing open our Norfolk home as a dorm for Civil Rights workers in 1965 while she was co-founding the first-in-the-state racially integrated Head Start prototype Good Neighbor preschool in Virginia Beach.

Mom was a people person and a great advocate and aspiring practitioner of empathy and non-judgmentalism, offering counsel, inspiration, and hope to the special people she knew burdened with suffering and struggling with personal challenges.

Mom's social life was similarly far reaching: enjoying theater outings with friends; playing bridge with her Suburbanites social club, for which she also organized countless social, cultural and educational events; organizing monthly bridge nights for her Jefferson Unitarian Church friends, where she also organized Circle Suppers and Family Cluster activities; and binding our greater family together with her amazing memory for the complexities of our family tree and her dedication to staying in touch.

As a people person, it wasn't often that Mom made time to be alone, but when she did it was usually for two life-long interests: watching football and reading, with her curiosities ranging from murder mysteries to public policy. She was both an avid reader and committed life-long learner, as evidenced by the wide range of issues she mastered, the foreign languages she studied, the stimulating Elderhostel programs she pursued, and the world travel she shared with Dad. This provided her with a great background for her monthly Colorado Foothills World Affairs Council programs and our annual trips to the Conference on World Affairs, the Bioneers Conference, and lectures by renowned authors - including in 2005, a seminal one for her about Peak Oil.

This it turned out was her final cause. Since seeing the Peak Oil documentary A Crude Awakening last year, she has passed the DVD and the torch to the League of Women Voters in hopes that this will become a high priority issue for the League, first to study and then about which to develop policy.

Mom was particularly concerned about Peak Oil because she knew how we face up to its challenges will affect the quality of life and the prevalence of war or peace that her grandchildren Jennifer and Scott - and their generation - inherit. Mom loved to dote on small children and understood that the greatest legacy we leave them is the state of the world - and that a lot is at stake right now.

Mom had many favored charities but for those looking for the most meaningful way to celebrate her life, please consider making a personal commitment to action on the critical challenges of our times. This would be the perfect tribute to her and gift to her grandchildren and their generation about which I know she would be grateful, and want noted: two grandchildren, not an upward-soaring exponential curve's worth of grandchildren and great-grandchildren, and more, overwhelming the Earth's finite resources - leading to the ultimate nightmare, a future of warmongering for resources.

War and overpopulation - at home and around the world - have long been high priority issues for Mom, knowing there cannot be peace in an overpopulated, over consuming world. I invite you to join me, in honor of Mom and in tribute to her extraordinary concern and activism for the world and its people, in finding your own way to work for peace and to intelligently and peacefully contract local, state, U.S. and world populations so our human numbers - and our consumption - are ultimately within balance.

This summer Mom and Dad will be symbolically reunited as we scatter Mom's ashes in their cherished Rocky Mountains, at the same place we scattered Dad's ashes eleven years ago.

Let me close by restating Mom's expressed gratitude to have lived such an extraordinary life touched by so many wonderful people. Thank you for making it possible.

Gerry Todd
Posted by Wings Across America buglegirl at 8:19 AM No comments: