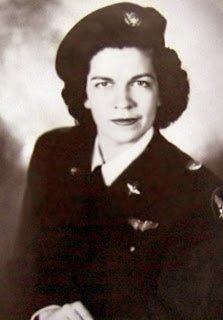 WASP Marion Schorr Brown passed away April 20, 2009 due to complications of heart disease.


To truly share her life, the following is posted from her own words -- pp. 50-51 of WASP Betty Turner's "Out of the Blue and Into History:"

I was assigned to the 3rd Ferrying Group, Air Transport Command, at Romulus, Michigan. Except for being a co-pilot on SNAFU and B-24 mod trip to Montreal, I ferried the rest of the time throughout the U.S. and Canada. I flew the B-24 and B-24J (the Navy single tail fin after modification in Montreal), PBY-5A, and the C-60 (Loadstar) as co-pilot. First pilot in the AT-9, AT-16 (Canadian version of AT-6), C-47, C-64, PT-26 (Canadian primary trainer) and all Stinson airplanes. I received instrument rating in the DC-2.

Toward the end of the program I married one of the service pilots, Charles Betzler, in March 1944. He was a test pilot for Curtis Wright and later North American Aviation. I lived in Ohio for 30 years. 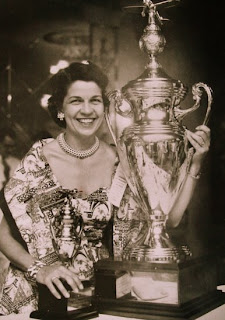 While there I instructed at Lane Aviation in Columbus. We had two children, Richard and Michael. In Ohio, I was active in the Ninety-Nines and many civic groups. I won the All-Ohio Achievement Award in 1964 and the South Central Section Award in 1980.

I found time for gardening, sewing, and bridge in addition to the regular mother and wife duties. when the children were young, my flying was limited to flying in air races in the summer in the Women's Transcontinental, "The Powder Puff Derby," and the All Women's International Races (The Angel Derby). In the latter I did pretty good.

I won in 1956 from Ontario, Canada to Havana, Cuba in my Luscomb (90 HP fuel Injection). We had to land in Vera Dera Beach, Cuba because Castro was threatening Batista, then on to Havana out over the water. Batista had a reception at the palace. He didn't appear at first but later a large mirrored wall moved and he stepped out. A replica trophy was given to me at the banquet. I also received a large gold trophy that was supposed to be shipped to me (not enough room in the Luscomb to carry it). Castro took over right after that and the trophy never arrived. I placed second the following year to Havana. In order to support these airplanes, I began to fly charter and instruct again.

I married Jack "J.D." Brown in 1974. He had been in charge of transition at Romulus before ferrying across the Hump and throughout Europe. After that time he flew corporate in Texas and Louisiana. We had not seen each other for over 30 years. Besides my sons, I have two grandchildren and one great granddaughter.

On February 1, 1997, I gave up two years as designated pilot examiner for the FAA. During that time most of my flight test came from New Orleans and Baton Rouge, and Mississippi areas. I did have some interesting ones though. Among them, a flight instructor renewal from Mexico, a flight instructor reinstatement from Greece, and a private pilot test for a girl from Venezuela.

From her son, Mike, the following emai:now that your good memories, wishes and prayers go with her. Susan and I are preparing to go down to tend to her final affairs and memorial. Since she requested cremation, we will try to arrange a memorial and internment in Hammond, La. within a month. Thank you all for your tender and loving care and friendship for her in this life, may we all reunite in the everlasting.