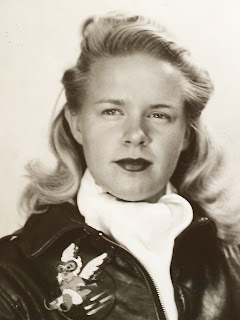 Babette learned to fly on a golf course in Evanston, IL as a teen.  While serving as a WASP during World War II, she met and later married James Edinger, her husband of 65 years.

An accomplished photographer, her photographs of the "green flash" were displayed in the National Center for Atmospheric Research.

Her finest efforts were devoted to sons,k James Jr. and Jon. 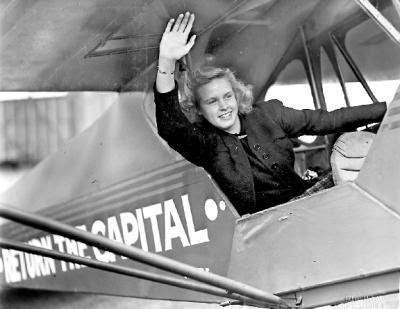 In 1984, she returned to the Big Sur area near her childhood home of Carmel.

In addition to her devoted husband she leaves behind brother, Jeff and sisters, Nandy and Ellen as well as three generations of nieces and nephews.

She dearly loved and was loved by her neighboring families on the ridge.  She was an inquisitive, independent, intelligent, gentle soul who gathered a large group of friends from near and far.  She brightened many lives and will be missed and remembered by all who knew her. 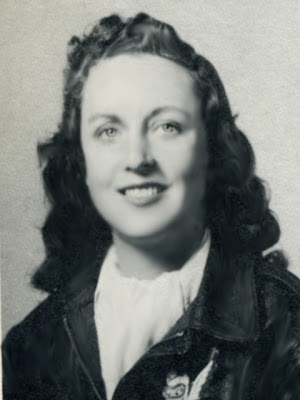 Mary had a long adventurous life and enjoyed living every minute of it.

She was born in San Francisco, Calif., in 1918 to Philip E. Bowles Jr. and Jesse Jackson Bowles. Mary's father died shortly after her birth in 1918 and she was raised by her mother and fraternal grandparents, Philip E. and Mary A. Bowles of Oakland, Calif.

Mary was never afraid to go after what she wanted and at the age of 17, in spite of her mother's forbidding it, took flying lessons and obtained her Pilots license.

She loved flying and spending time with her grandfather's horses.

At the age of 25, Mary was among the first women to join the Women Airforce Service Pilots to help her country during WWII. She was part of the elite group of women who had the opportunity to give instruction to young Airmen.

After the war, Mary managed the Palm Springs Airport for several years. She also worked as a charter pilot and sold retired fighter planes refurbished for civilian use.

During that time, she had the opportunity to purchase an Arabian horse that was brought to the U.S. from war torn Europe. She was enchanted with the Arabians and spent many years breeding and showing the beautiful horses. She loved riding and watching the powerful and elegant Arabians and still owned several at the time of her death.

In her later years, Mary worked as a Real Estate Agent.

Mary's proudest moment was in receiving the Congressional Gold Medal in 2010 for her service as a WASP.

Mary was an independent, self reliant and unconventional woman of her time. She was very clever and had a witty sense of humor.

She will be deeply missed by all her friends.