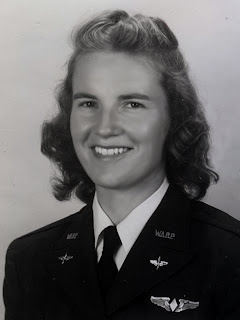 From the Las Vegas Review-Journal:

Helen Cannon, a pioneering, 20-year veteran of the Clark County School Board whose efforts had a lasting effect on education in Southern Nevada, died Christmas Day in a Utah rehabilitation center. She was 93.

Cannon helped govern the Clark County School District from 1960 to 1980, overseeing a period of growth while making students her priority. Her contributions earned her a middle school named in her honor.

"If you talk to administrators or teachers, they will tell you that she left an everlasting philosophy of children as No. 1," said former Gov. Kenny Guinn, who served as district superintendent while Cannon was on the board.

She was born May 16, 1916, in Cameron, Wis., a small farming town about two hours east of St. Paul, Minn. She earned a degree in physical education at the University of Wisconsin, Madison.

After teaching for a few years, she earned a pilot's license. During World War II, she flew and tested repaired aircraft for the Army Air Corps. She was among the little more than 1,000 women to earn one of the dangerous positions at a time women were excluded from flying in combat.

"We all thought we were being discriminated against," she told the Review-Journal in 1988. "We were as good as the rest of them (men). But we didn't fight it because we were so happy just to have had the training."

She met her husband, Robert Cannon, after the war. The two moved to Las Vegas, where he became vice president and general manager of the Tropicana.

While on the School Board, Cannon was instrumental in introducing free lunches at elementary schools, establishing the Southern Nevada Vocational Technical Center and the Variety School for the handicapped and creating KLVX-TV, Channel 10. During her 20 years on the board, the student population more than quadrupled, going from 20,000 to nearly 90,000 students.

"She was on the phone all the time, and if anyone called her about any problem they were having ... she called up and got to the bottom of it," Kennedy said.

A 1980 Review-Journal editorial about Cannon declared that she probably "touched the lives and directed the means of learning for more young Nevadans" than all other trustees at the time combined.

She was an avid golfer, woodworker and reader. She served as a Cub Scout den mother, sat on the local Girl Scout Board and taught swimming for the American Red Cross.

In 1988, she ran for a sixth term on the School Board against Lois Tarkanian. Cannon raised more than $9,000, more than her five previous races combined. But she was outspent by now-Las Vegas City Councilwoman Tarkanian, and Cannon lost.

She is survived by her daughter, Alice, son Robert Cannon Jr. and seven grandchildren. Services will be held in Las Vegas but have not yet been arranged.

________________
From Betty Turner's "Out of the Blue and Into History:" "I guess mostly I have been a teacher -- public schools, flying, camp counselor, den mother, Red Cross swimming and life saving, swimming and synchronized swimming in the backyard (with a show at the end of the summer with music, black lights, etc.) tutoring reading, and many years of teaching Sunday school.
I have my many memories, family, and have been truly blessed."
She was blessed indeed -- and was such a blessing to so many. What an extraordinary lady--what an extraordinary contribution -- to her family, her community and her country.
respectfully submitted
nancy parrish
++++++++++
Helen C. Cannon--obituary
Feature on the loss of Helen C. Cannon
Posted by Wings Across America buglegirl at 1:01 PM No comments: