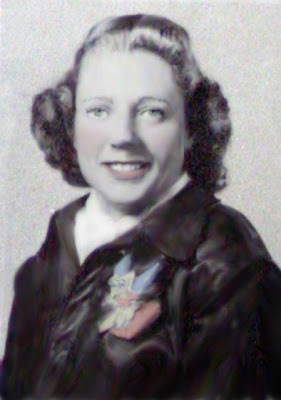 I didn't know she was gone until today. She passed away two months ago, on May 10 in Albuquerque where she and her husband, Braxton had retired -- to be closer to their children. I didn't know--none of the WASP knew--that this wonderful lady had slipped away.

What a treasure she was, and how much I know her family will miss her. Yet, for me, she will always be captured on videotape, because that is how I met her--thru the lens of my hi-8 video recorder.

The first time I saw Sandy Thompson was at the Lone Star Flight Museum in 1996. She was sitting on the stage in a hangar right off the flightline, mic in her hand, telling a few stories of her days as a WASP. No one could tell a story quite like Sandy. Despite the wind and the hot weather, the audience was captivated.

The video is old and hand held, but her humor and her love of flying shines through.


A few years later, I was honored to listen to her in her home, as we videotaped her interview for Wings Across America. A short clip from that interview is included in Soundbytes of the WASP.
When the Texas WASP were inducted into the Texas Aviation Hall of Fame, Sandy was not able to attend the ceremony. It was a great privilege to hand carry the medal and present it to Sandy in person in 2005.
One-of-a-kind -- extra-ordinary = Sandy Thompson.
posted by Nancy Parrish
July 19, 2008


In her own words from "Out of the Blue and Into History"--compiled and edited by WASP Betty Turner p. 164

I was born on February 18, 1915 in Peoria, Illinois. I received my private pilot’s license through a Civilian Pilot’s Training course at Bradley University in Peoria, Illinois. I had a share in a plane with three other pilots and had approximately 250 hours, and was teaching biology and aeronautics at Woodruff High School in Peoria, when Jacqueline Cochran Contacted me about a program training women to fly military aircraft. I took a leave of absence in case I might was out of the training.
I reported to Avenger Field March 24, 1943 and received my wings on September 11. I was sent to Love Field. I was checked out there and three weeks later received orders to report to Dodge City, Kansas, to be trained to fly the B-26 because four B-26s had crashed during that previous month, killing all those aboard, and they needed us to fly the B-26 as a morale booster because students no longer wanted to fly them. Then I was sent to gunnery school at Harlingen, Texas, to tow targets for gunnery practice, until the WASP program was disbanded in December of that year.
I married my squadron commander, Captain Braxton Thompson, and 10 days later he was sent overseas with the Ninth Air Force. He was gone 11 months. I took a six week course in aircraft accident analysis at Winston-Salem, North Carolina. I joined the Aircraft Accident Analysis Division at Training Command Headquarters in Fort Worth, Texas under the command of General Barton K. Yount. I continued there until my husband returned from France in October 1945. When my husband returned from overseas duty, he bought a Beechcraft Bonanza. We joined and were active with the American Bonanza Society. We participated in group flights in this country as well as Mexico. In1973 we flew our plane to South America, down the east coast, across the Andes at 19,500 feet and back up the west coast. Our wonderful six-week trip was published in Aero Magazine in April 1974.
When our three children had finished high school and off to college, I joined the staff of The Museum of Fine Arts in Houston as Junior League Docent Coordinator. I taught courses in art history and supervised the guidance of tours for school children until my retirement at age 65. With our three children, we also have four grandchildren. 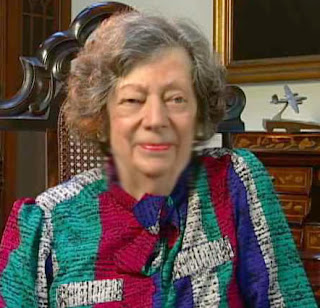 "Soundbytes of the WASP"


Obituary reprinted from the Albuquerque Journal:

Marjorie ("Sandy") Sanford Thompson passed away in Albuquerque on May 10, 2008. Sandy was born Marjorie Sanford in Peoria, Illinois on February 18, 1915.

She worked as a school teacher and joined the Army during World War II as a member of the WASPs (Women Airforce Service Pilots), flying a B-26 Marauder bomber and towing targets for student fighter pilots.

She met her husband-to-be, Braxton Thompson, at Harlingen Field in 1943 and they married on August 10 1944.

After the war they moved to Houston, Texas, where Sandy worked with the Junior League as a docent at the Museum of Fine Arts, rising to the position of docent director, and at the Bayou Bend Museum, former residence of Texas governor, Jim Hogg.

She and Braxton retired to Albuquerque in 2006. She is survived by their children, Sanford Thompson of Everett, Washington, Linsley Denning of Albuquerque, and Carter Thompson of Irving, Texas, and their grandchildren Arianne, Jay, Charles and Allison.

Posted by Wings Across America buglegirl at 6:06 PM No comments: