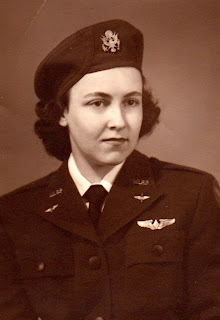 
Fran, born Oct. 28, 1920 in San Antonio TX, took her last flight Jan. 7, 2013 in Novato CA.
While attending college on a music scholarship, she had the opportunity to take flying lessons. Her love of flying enabled her to serve as a WASP, during which she met the love of her life, Norm (John Norman Johannessen), at Merced (CA) AAF. Norm had opted for pilot training after serving 50 missions as a nose gunner/bombardier in B-17s out of North Africa.
After the war they married and settled in Huntington NY. Fran (or Tex, as she was known to many of her friends there) was a wonderful mother to her 3 children. She played the violin in the Huntington Symphony Orchestra along with Norm on the trombone. They joined a bridge club, attended many functions at the Huntington Fire Dept. where Norm volunteered, and took up golf, which became their favorite pastime.
Fran was a Cub Scout den mother, worked for the Huntington School District, took up oil painting, and volunteered driving for Meals on Wheels.
Following Norm’s death, Fran moved to CA to be near her sons Jerry (Chris) in Novato CA and Bob (Carol) in El Sobrante CA. Daughter Jean Skerlong (Joel) lives in Mukilteo WA. Fran also leaves behind five grandsons, Erik, Sean, Michael, Jason and Carl, and one great granddaughter, Claire.
Her family will truly miss her kind smile, her always positive attitude and her exceedingly humble spirit. When the WASP were awarded the Congressional Gold Medal in 2010, she said she did it just because she wanted to fly!
written by Jerry Johannessen
Read more »
Posted by Wings Across America buglegirl at 1:12 PM 1 comment: 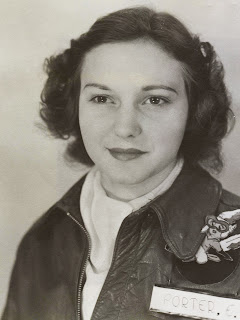 Emily Kline, longtime Kinnelon resident who flew for military during WWII, dies at 92


"At first everybody thought we were a joke," Mrs. Kline said in a 2004 interview with the Star-Ledger. She was referring to the Women's Airforce Service Pilots, or WASPs.
"Eventually we earned the respect of the people who mattered: other pilots."
The volunteer WASPs — there were 1,074 — flew all types of planes for the Army Air Forces, filling in stateside for male pilots sent to combat. They are considered pioneers now but were treated as second-class at the time. The women stitched their own uniforms and paid their own way to training bases.

Mrs. Kline, then Emily Porter, learned to fly while working as a secretary for Sinclair Flying Service in Muskegon, Mich. She spent a good deal of her WASP tenure as an engineering test pilot at an Army air base in Greenville, Miss., said Nancy Parrish, director of Wings Across America, a multimedia and digital history project devoted to the WASP.  Parrish, whose mother, Deanie Parrish, served in Mississippi with Mrs. Kline, estimated that 200 to 230 members are still living.

The WASPs gained military veteran status in 1977 and were awarded the Congressional Gold Medal in 2010 at the Capitol. Mrs. Kline attended the ceremony and displayed her medal in her living room.

"She was thrilled the WASPs had finally gotten recognition from the government," her son Thomas said.

Mrs. Kline lived in Kinnelon for 45 years and worked in her husband Charles' marketing consultant firm. Charles Kline died in 1992.

"At 82, when most people downsize, Mom decided to supersize, so she sold her home in Kinnelon and purchased a 100-acre farm in Frelinghuysen Township," her son said. "In part, she was trying to get back to her roots — she grew up on a farm — but she liked the open space and tranquility of Warren County."

Mrs. Kline managed the production of hay but contracted out the heavy work.


"I was born on November 8, 1920, in Polkton Township, Kent County, Michigan.... It was the Great Depression.  I graduated from a one-room schoolhouse, with an out-door pump and outhouse. There were eight in my class; only two went on to high school.  To hold on to the farm, all workable members worked.  My brother was in the CCC, my father worked for the WPA, and my mother was a practical nurse.  I was the oldest child home, thus I worked for my father doing chores and fieldwork, and for my mother, doing house chores, and proudly made homemade bread, for four years."

"After Pearl Harbor, I volunteered in the motor pool for the American Red Cross, and as a Nurses Aide in St. Mary Hospital.  One day, I decided to learn to fly.  Perhaps it was the fellow I was dating, an Air Force pilot..."

Emily went into the WASP program on August 7, 1943 as a member of class 44-W-1.  After graduation, she was assigned to Greenville Army Air Base as an engineering test pilot.  While stationed at Greenville, she had two temporary assignments: OCS (Officers Candidate School) at Orlando, Florida and an advanced instrument course taught at Avenger Field, Texas.

After the WASP were disbanded, Emily enrolled at the University of Colorado, Bolder, where she met Navy Lieutenant Charles Kline, on a blind date.  Two years later, they were married.

God bless Emily's family and all of those who knew her.

respectfully added by
Wings Across America

Posted by Wings Across America buglegirl at 1:10 PM No comments: 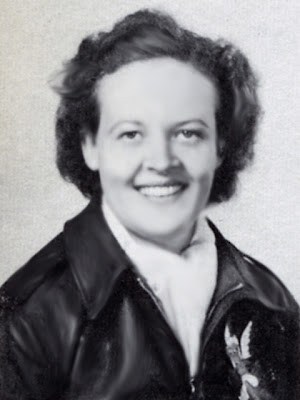 Reposted from the Corpus Christi Caller:

Josephine (Mary Jo) was born in Aransas Pass, Texas on the 18th of January 1922. While in kindergarten she saw a WWI era biplane with a machine gun mounted behind the propeller and told her mother 'I want to be a pilot.'

She started taking flying lessons after graduating from Aransas Pass High School in 1940, while attending Southwest Texas State Teachers College in San Marcos. She worked as a cashier at the Rialto Theater while in Aransas Pass to pay for flying lessons from Frank Smith and flew out of cow pastures near the carbon plant between Aransas Pass and Rockport. The day she passed her tests and received her private pilot license in Corpus Christi, she flew her grandmother, Alice Eleanor (Curry) Farley back to Aransas Pass as her first passenger.

Mary Jo began working as an aircraft engine mechanic at the Corpus Christi Naval Air Station after the war began in 1941. Soon she became a Link Trainer Instructor, teaching instrument flying. When a hurricane in 1942 disrupted communications along the Texas coast, she was assigned to fly messages from Corpus Christi to Houston at the request of Western Union.   At the end of 1942,  she  received a letter from Jacqueline Cochran about a new program for women pilots in Sweetwater, Texas under the supervision of the U.S. Army Air Forces. called the Women Airforce Service Pilots, W.A.S.P.   These were the first US women military pilots. Air Force Secretary, Michael Donley described them as 'trailblazers' and said from their time forward 'women would forever be a part of United States military aviation.'

Mary Jo's first assignment was with the 5th Ferry Group at Love Field, Dallas. She was stationed in Sacramento and Victoria as well. She also towed targets for target practice. She was transferred to the U.S. Army Navigation School in San Marcos in September 1944 where she trained navigators on training flights.

She continued serving in San Marcos until the WASPs were deactivated in December 1944. Hap Arnold, Commanding General of the USAAF, in 1944 said to the WASP, 'you can fly wingtip to wingtip with your brothers. If ever there was any doubt in anyone's mind that women can become skillful pilots, the WASP have dispelled that doubt'I salute you and all WASPs.'

It was not until 1977 that Mary Jo and the WASP received veteran status for their service in WWII.
The United States Air Force offered the WASP commissions in 1950 and Mary Jo accepted a commission as 1st Lieutenant. She was recalled to active duty in 1952 because of the Korean War. She served as Assistant Base Adjutant at Furstenfeldbruck Air Base in Germany, later with the 322nd Air Division at Wiesbaden, as well as at other bases in the states. She retired from the Air Force Reserve in 1982 after 25 years of active and reserve service with the rank of Lt. Colonel.

Mary Jo was inducted into the Texas Aviation Hall of Fame in 2004 for her service in the WASP. President Barack Obama signed Public Law 111-40 on July 1st, 2009 awarding W.A.S.P.  the Congressional Gold Medal, the highest civilian honor awarded in the United States.  Mary Jo received her medal in 2010 but was unable to attend the ceremony at the United States Capitol.

Mary Jo was proud to have served with WASP, especially the recognition received from those that followed the trail that she helped blaze. Col. Eileen Collins, the first woman to pilot a space shuttle (Discovery) and first woman space shuttle commander (Columbia) said, 'The WASP were and still are my role models.' Lt Col. Nicole Malachowski, the first woman Thunderbird pilot, said 'I know I was able to be a woman fighter pilot'and a woman Thunderbird pilot because of the WASP.' She said they 'redefined what's possible for women who want to serve their country.'

Mary Jo worked with American Airlines at LaGuardia, in New York as well as in El Paso, Syracuse and San Diego after WWII, but was not allowed to be a pilot because she was a woman. She loved flying and found other ways to satisfy that desire including flying with an air circus. She had many exciting flying experiences and adventures to fill her memories. 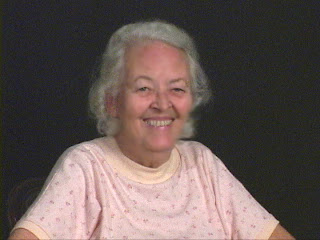 Mary Jo received her B.S. in Education from Midwestern University in 1965. She taught in elementary schools until she retired from the school district in Mary Esther, Florida.  She was always an avid collector with many interests.

During her retirement she remained active with arts and crafts, and at 75 she was still playing tennis and collecting speeding tickets. Prior to complications with Alzheimer's and return to Texas she had been a member of the Holy Trinity Lutheran Church and Chapter No. 202 order of the Eastern Stars, Ft. Walton Beach, Florida.

There has always been a smile on Mary Jo's face and she laughed at her problems. She will be missed by those that knew and loved her.

Graveside Services will be held at 10:00 a.m. on Friday, December 7, 2012 at Fort Sam Houston National Cemetery in San Antonio, Texas.

She requested that donations be made to the Lutheran Theological Southern Seminary in Columbia, South Carolina or the Shrine Crippled Children's Hospital in lieu of flowers.