“When I was three, my parents took me to a small local field where I had my first hop; from then on I wanted to fly.”  WASP Julie Ledbetter, 43-W-5 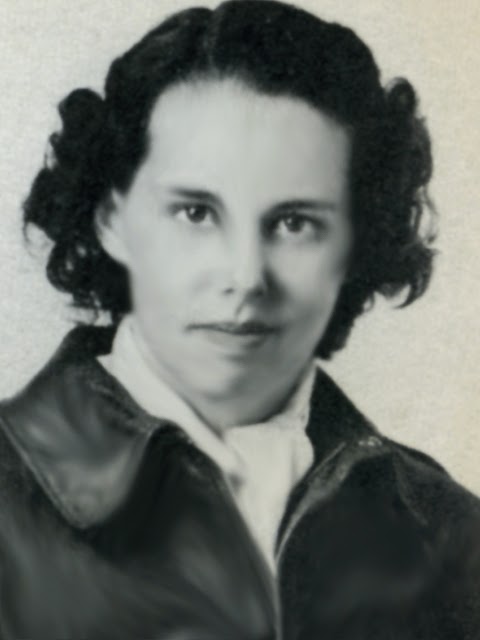 After attending Winthrop College in Rock Hill, South Carolina, she went on to receive a degree in Journalism from the University of South Carolina in Columbia, in 1942.   By the time she graduated, Julie had begun flying and continued adding hours to her log book.

After America was thrust into World War II, Julie heard about the military flying training program for women pilots and signed up to be interviewed.  After passing the required tests, she was accepted into the class of 43-W-5.  Julie and 123 other young women pilots paid their way to Sweetwater, Texas, and reported for training at Avenger Field.  After successfully completing the training program, she graduated, along with eighty-four classmates, on 11 September, 1943, and became a WASP.

Julie’s first assignment was to the 3rd Ferry Group out of Romulus, Army Air Base near Detroit, Michigan.  Just three weeks later, she received orders to Lockbourne Army Air Base in Columbus, Ohio, as part of the test group of seventeen WASP to receive four-engine training in the B-17 “Flying Fortress.”  She successfully completed the program, along with eleven of her sister WASP, and began what she later called, “a life long love affair with the B-17.”

Her next assignment was Buckingham Army Air Force Base Flexible Gunnery School in Fort Myers, Florida, where she flew student gunnery crews in B-17’s as they received their air-to-air gunnery training.  In August 1944, the school changed to B-24’s and Julie was assigned to Roswell Army Air Base, New Mexico, which was a B-17 transition school.  For the last three months of her service, she flew B-17 maintenance test flights, making sure the red-lined planes were safe for the cadets and instructors to fly.

On December 20, 1944, the WASP were deactivated, Julie paid her way back home to Anderson, South Carolina, but, eventually, migrated north. She instructed and operated a GI flight school in Batavia, New York and later accepted a similar job in Moorestown, New Jersey.  Her flying credentials at that time were: commercial, instrument, instructor, flight examiner, S&MEL and navigation and meteorology ground instructor.

Three years after the WASP were disbanded, Julie made a life changing decision.  "I wanted a more structured career, so in October 1948, I enlisted in the Army."     She completed basic training and six months of OCS, becoming an officer.  As she later wrote, "I spent the next twenty-six years as a Regular Army Officer, and never regretted it."

Over the next few years, Julie completed the Defense Information School, the Adjutant General's Career Course, Recruiting School, and the Command and General Staff College.

During her Army career, Julie's assignments included Company Commander and Recruiting Officer as well as public relations and public information related assignments, taking advantage of her degree in Journalism.

She spent "a memorable three years" in Salzburg, Austria with the Public Informaiton Division, Hqs., US Forces, Austria.  Julie served, along with occupation forces from Britan, France and Russia, and press correspondents from the different countries filing their news from her office.

One of her most memorable assignments was as Project Officer for the Women's Army Corps Recruiting Publicity, serving as the WAC Account Executive with Madison Avenue ad agencies.  Following this assignment, she served a four-year tour at Ft. Ord, California as Adjutant General, Combat Developments Command Experimentation Command.

In 1955, Julie was appointed to the Department of the Army's Chief of WAC Recruiting. After four years, she was transferred back to the Pentagon with the Assistant Chief of Staff, Force Development.  Three years later, she moved to the Training and Doctrine Command, Ft. Monroe, Virginia.

In 1974, after a life long career serving her country, Julie retired to the Tidewater area of Virginia.  During her retirement years, she stayed active, playing golf and bridge.

In 2010, Julie and her sister WASP were awarded the Congressional Gold Medal, the highest honor that Congress can award civilians, for their pioneering service to America in World War II.

On August 6, 2013, Julie Ledbetter passed away peacefully in her Newport News, Virginia home.  She was ninety one.

Funeral services with full military honors will be held at Arlington National Cemetery at a later date. Arrangements by Weymouth Funeral Home.