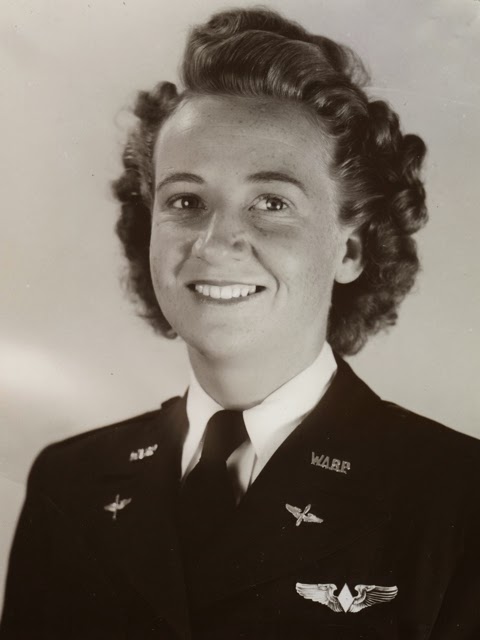 One Sunday afternoon the coyote hunters were giving airplane rides.  My brother and I...  were the first riders to go up. We were promised a good ride to attract a crowd.  We got our money's worth!


Born  April 16, 1920 on the family homestead in Tampico, Montana. Lorraine Marion Nelson was the daughter of Nels Crist and Mary E. Nelson.  She was baptized and confirmed in the Lutheran Faith. She attended Buggy Creek grade school and graduated from Glasgow High School in 1937.

Following high school, Lorraine went to work in a doctors office, saving money to go to nursing school.  Her primary  ambition was to be an airline stewardess, and requirements for stewardesses also included a nursing degree.    One Sunday afternoon, she was able to go for her first airplane ride.  Immediately, she was hooked on flying.  Eventually, she used all the money she had saved to take flying lessons.  She earned her private pilot certificate in Billings, Montana on August 6, 1941.

In 1944, Lorraine heard about the training program for women pilots and applied.  She passed all the requirements and was accepted into class 44-5.  Lorraine and 123 other young women pilots paid their own way to Sweetwater, Texas in December of 1943 to enter training.

After successfully completing seven months of Army Air Forces flight training, Lorraine and 71 of her classmates graduated, earned their silver WASP wings and were given their official Army orders.  Lorraine was sent to Pecos Army Air Base in Pecos, Texas, as a maintenance pilot for the the twin engine UC-78.

After the WASP were deactivated in December of 1944, Lorraine moved to Seattle, Washington and enrolled in the CAA Aircraft Communication Training course.  After passing the course, she was stationed in Gustavus, Alaska as aircraft communicator then transferred to CAA 8th Region, Anchorage, Alaska as a Link trainer instructor, where she worked until January of 1947.  From September  1948 to October 1949, she worked as a Link trainer instructor and assistant to the Chief Pilot for Alaska Airlines.

On February 3, 1950 she married James A. Bain, who was in the United States Air Force. Upon their retirement, Jim and Lorraine moved to a small farm outside of Chireno, Texas, where she volunteered for several organizations including a Nacogdoches Hospice; she also taught computer skills for SeniorNet.

In 2010, Lorraine and her fellow WASP were awarded the Congressional Gold Medal, highest civilian honor that Congress can bestow.

Lorraine lived a wonderful and event filled life She will be greatly missed by all of her family and friends, for whom her passing marks the end of an era.   She passed away May 23, 2014 at age 94.

She was preceded in death by her son Nelson Charles Bain in 1966. She is survived by her husband James A. Bain, Sr. of Woodstock, GA, sons, James A. Bain, Jr. of Midland, MI, William Joseph Bain (Kari) of Tulsa, OK, and Roger L. Bain (Sherry) of Muenster, TX and daughter, Mary F. McCoy (Michael) of Woodstock, GA. She is also survived by grandchildren, Austin, Wyatt, Matthew, Penny, Chuck and Pete and great-grandchildren, McKenna, Ryan and Melanie Lorraine and numerous nieces, nephews and cousins.

A Funeral Service was held Wednesday, May 28, 2014 at Good Shepherd Lutheran Church in Woodstock, Pastor Paul Baumgartner and Pastor Justin Ask officiating. Iinterment at Ft. Douglas Military Cemetery.   Online condolences may be offered at www.woodstockfuneralhome.com. In lieu of flowers, donations may be made to Valley County Pioneer Museum, PO Box 44 Glasgow, MT 59230.

God bless all of those whose lives were touched by this remarkable lady pilot.
Posted by Wings Across America buglegirl at 2:05 PM 1 comment: 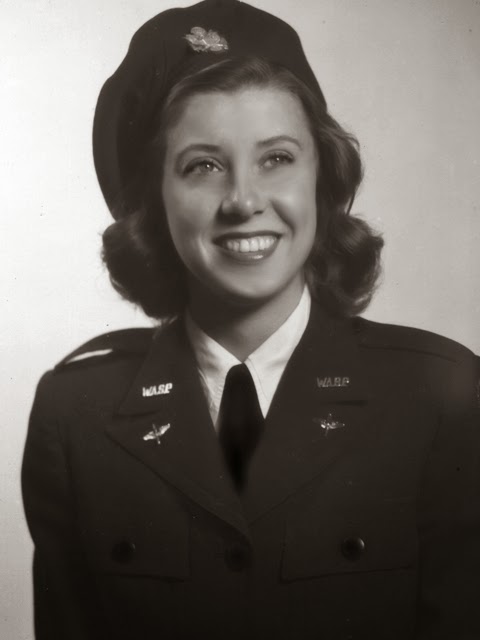 Margaret Werber Gilman died May 29 at North Shore University Hospital in Manhasset. She was 90.

Gilman died May 29 at North Shore University Hospital in Manhasset. She was 90.

In a statement, Sen. Kirsten Gillibrand, who honored Gilman in 2010 when the female pilots, known as WASP, received Congressional Gold Medals, called Gilman "a pioneer who forged a new path for future women aviators here in New York and beyond. . . . Her legacy will continue to inspire generations of women."

Gilman's role as a female flier occurred after American pilots were in short supply in the war's early days. One answer was found in more than 1,000 women picked by Army Air Corps officers from a pool of 25,000 applicants. They were trained and assigned duties ranging from aircraft transport to aerial target towing.

Gilman was one of the last to enter the program before it was disbanded in December 1944, arriving for training at Avenger Field in Sweetwater, Texas, in May at the age of 20. She'd learned to fly not long before.

In Texas, "she would fly targets that the men would practice live fire on," said her daughter, Jane Gilman of Garden City. Sometimes their bullets missed the target, embedding with a ping in her aircraft.

By 1944, said Katherine Landdeck, a historian at Texas Woman's University and an authority on the WASPs, "American men were able to do the jobs women were doing. It was OK to have women releasing men for combat duty but not to have women replacing them."

Gilman married the veterinarian Manny Gilman, a pillar of American thoroughbred horse racing, and stayed home to raise their children. He died in 2011.

WASP were not officially designated military veterans until 1977. Gilman felt the slight most when it came to the 38 comrades killed in wartime service. "She used to say how sad and pathetic it was that when the men died, they would ship coffins home to their families, treat them with such reverence," her daughter said. "And when women died they had to get together and get their own money to ship their bodies home to their families."

In a 2002 oral history now archived at Texas Woman's University, Gilman looked back on her service not with bitterness but satisfaction: "Learning to take orders and criticism and not explode, you know; I probably still don't like it. But I can cope with it. I can hang in there."

Besides her daughter, Gilman is survived by her son, Charles Gilman of Plandome. She lived most recently in North Hills.

Burial was on Monday at All Saints Episcopal Church in Great Neck with an Air Force Honor Guard in attendance. A flyover followed.