Phyllis Burchfield Fulton, 101, of Cambridge, passed away on Thursday (June 21, 2012) at the Cardinal House. 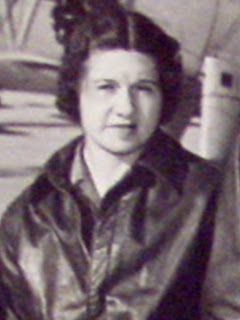 She was born on June 15, 1911, in Titusville, Pa., daughter of the late Samuel Newton Burchfield and the late Isabelle Campbell Burchfield.

Mrs. Fulton was one of the original Women Airforce Service Pilots (WASP) --first women in history to fly America's military aircraft.  She was originally hired as a civilian ferry pilot and served in the ferry command.  Eventually, her unit (WAFS) was merged into the newly named "WOMEN AIRFORCE SERVICE PILOTS."  PH ferrying aircraft from factories to points of embarkation and from factories to bases during World War II.

She propagated her own iris flowers, was a published poet and had prize winning German shepherds.

She was preceded in death by her parents; her husband, George P. Fulton, on Sept. 8, 1991; two sisters, Melloe Phillips and Mary Phillips Jones; and a brother, William Burchfield.

In keeping with her wishes, cremation has taken place and a memorial service may be held at a later date.

Memorial contributions may be made to the Guernsey County Humane Society, 62824 Bennett Ave., Cambridge, OH 43725.

The online guest book may be signed at www.bundy-lawfuneralhome.com.

REPOSTED FROM ORIGINAL OBIT IN The Daily Jefferson, Cambridge, OH.
Posted by Wings Across America buglegirl at 12:06 PM No comments: