By Karen Farkas, The Plain Dealer 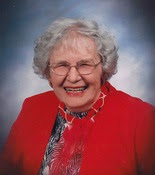 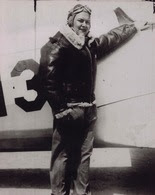 The Dorothy Ebersbach Academic Center for Flight Nursing will be established at the Frances Payne Bolton School of Nursing, where Ebersbach earned a nursing degree in 1954. She died last month at 96.
The center will expand the Advanced Practice Flight Nurse Program's mission of training graduate-level nursing students to provide on-site care during emergencies and transport to medical facilities.

The program for nurse practitioners is the only one of its kind based at a U.S. nursing school, officials said. Fourteen students have graduated and eight are in the program. About 250 flight nurses have been trained through its summer camp.

The university had planned to transport Ebersbach by air from her Florida home to Cleveland to announce her gift, said Mary Kerr, dean of the nursing school.

Ebersbach, a longtime donor to the nursing school, enjoyed discussing her role in aviation and the school's flight nursing program, Kerr said.
"Separate elements of her life have merged to continue her legacy of flight and nursing," said Christopher Manacci, clinical director of the program. "This will help perpetuate this program for decades."


Ebersbach grew up in Pomeroy, Ohio, and received a bachelor's degree in education from Ohio University in 1936, according to her obituary and an oral history she gave in July, 2010.

She worked for her father's construction company in Tampa, Fla., a job that required her to learn how to fly an airplane. She earned a commercial pilot's license at the University of Tampa. After the United States entered World War II, she applied to and was selected to be a member of the Women Airforce Service Pilots, or WASP.

According to the National Museum of the United States Air Force, more than 25,000 women applied for pilot training under the WASP program. Of these, 1,830 were accepted, 1,074 graduated and 900 were in the program when it was disbanded in December 1944 as men began returning from the war.
Ebersbach served in Texas and Arizona, doing test flights and towing targets for gunnery practice. She wanted to continue flying after the WASP program ended, but men flooded the market for pilots. So, she chose another career.

After receiving her nursing degree, she worked in public health nursing in Hillsborough County, Fla., until her retirement in 1975. She never married and lived in the house her family moved into in 1935.
WASPs were considered civilians rather than military personnel. But they were granted veteran status in 1977.

In a ceremony at the U.S. Capitol in March, 2010, the Congressional Gold Medal, the highest honor awarded by Congress to a civilian, was given to all WASPs. Ebersbach received hers at a ceremony in Tampa a month later.

v/r republished from the Plain Dealer Blog
Posted by Wings Across America buglegirl at 8:41 AM No comments: