“I became interested in flying when my father dug deep for the cost of a flight in a small plane that landed outside of Whitesboro, Texas.”   Kathryn Miles, 44-5 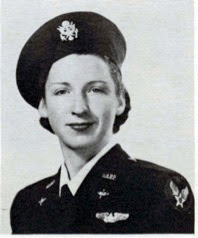 Katheryn Lynn Boyd Miles was born in Gunter Texas, 50 miles north of Dallas, on January 9, 1921.   Her parents, Elizabeth and Arthur Edgar Boyd, were pioneer educators,  instilling in their young daughter the qualities of honesty, Christianity and the love of adventure.

Lynn graduated from Decatur Baptist College in 1939.  Two years later, she earned her pilot’s license, completing the CPT (Civilian Pilot Training) program  in her senior year at North Texas Teachers college, skipping meals to save money for her flying time.

Her love of adventure took her to Washington DC to work for the FBI and then to Little Rock Arkansas as an air traffic controller and finally as a hostess for Braniff in Dallas.    When Lynn heard the call for women to train as military pilots under General Hap Arnold and Jacqueline Cochran, she was working as a CAA air traffic control operator.  As a Civil Aeronautics Authority employee, she was ineligible to apply for the WASP until she had been separated from the program for a year.

She worked a year and her dream finally came true.   She was interviewed for the Army Air Force flight training program, passed the tests and was accepted as a member of class 44-5.  After completing seven months of training at Avenger Field, Sweetwater, Texas, she graduated in June 1944.   Her Army orders sent her to Foster Field, Victoria Texas.  While stationed there, she flew the AT-6 four hours a day towing a sleeve target for gunnery practice.  She also served as an instrument instructor for refresher courses for instructors from other fields.  Other flying duties included instructing cadets from the Mexican, Cuban and Chinese Air Forces and flying the mail to Matagorda Island off the coast of Texas.   While at Foster Field, she checked out on the P-40 and flew as co-pilot in the B-18.  It was while she was ferrying aircraft out of Saxton, Missouri that she got the devastating news that her beloved WASP were being disbanded.

After WASP deactivation, Lynn trained with the CAA as Aircraft Communicator at Boeing Field, Seattle and was then sent to Anchorage, Alaska.  While in Anchorage,  she met and married Kent Tillinghast, also a pilot for the Civilian Aeronautics Administration and bush pilot in his own right.   Three of their four children were born in Anchorage before they relocated to Eugene, OR where Lynn received her Masters of Education at the University of Oregon.

Lynn became a teacher in the Bethel School District, teaching 4th grade, then junior high.  Eventually, Lynn became a counselor for the middle school and pioneered the reading program.  She established the local Civil Air Patrol for young cadets and forged her own Outdoor Program, leading high school students in canoeing, hiking and climbing adventures until her retirement.  In 1964, a year after losing her husband in a car accident, Lynn took her children to New Zealand, and taught school in Napier before returning to the US a year later.

In the 1970’s, Lynn was active in the movement to qualify WASPs as veterans.  She retired from teaching in 1983.  With her second husband Pat, Lynn trekked the outdoors and the local mountains, taking glacier training and wilderness survival classes. She canoed all over the United States and Canada and took her last canoe trip at the age of 75. 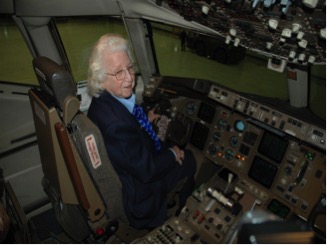 In March 2010, Lynn and her fellow WASP were awarded the Congressional Gold Medal for their pioneering service during World War II.  Lynn helped dedicate a WASP display at the Oregon Air And Space Museum at Mahlon Airport in Eugene, Oregon.  She also addressed classes at the University of Oregon for several years in a History of Aviation class.

Lynn's greatest love and pleasure was the joy of friends and family.  She is survived by her sons Kent and David and daughters Beth and Anne; seven grandchildren and six great grand children.

Respectfully posted with permission.   Additional information taken from Lynn Miles own words as published in “Out of the Blue and Into History” by WASP Betty Turner.

God bless all of those whose lives were forever changed by this pioneering WASP.

Posted by Wings Across America buglegirl at 1:31 PM 1 comment: