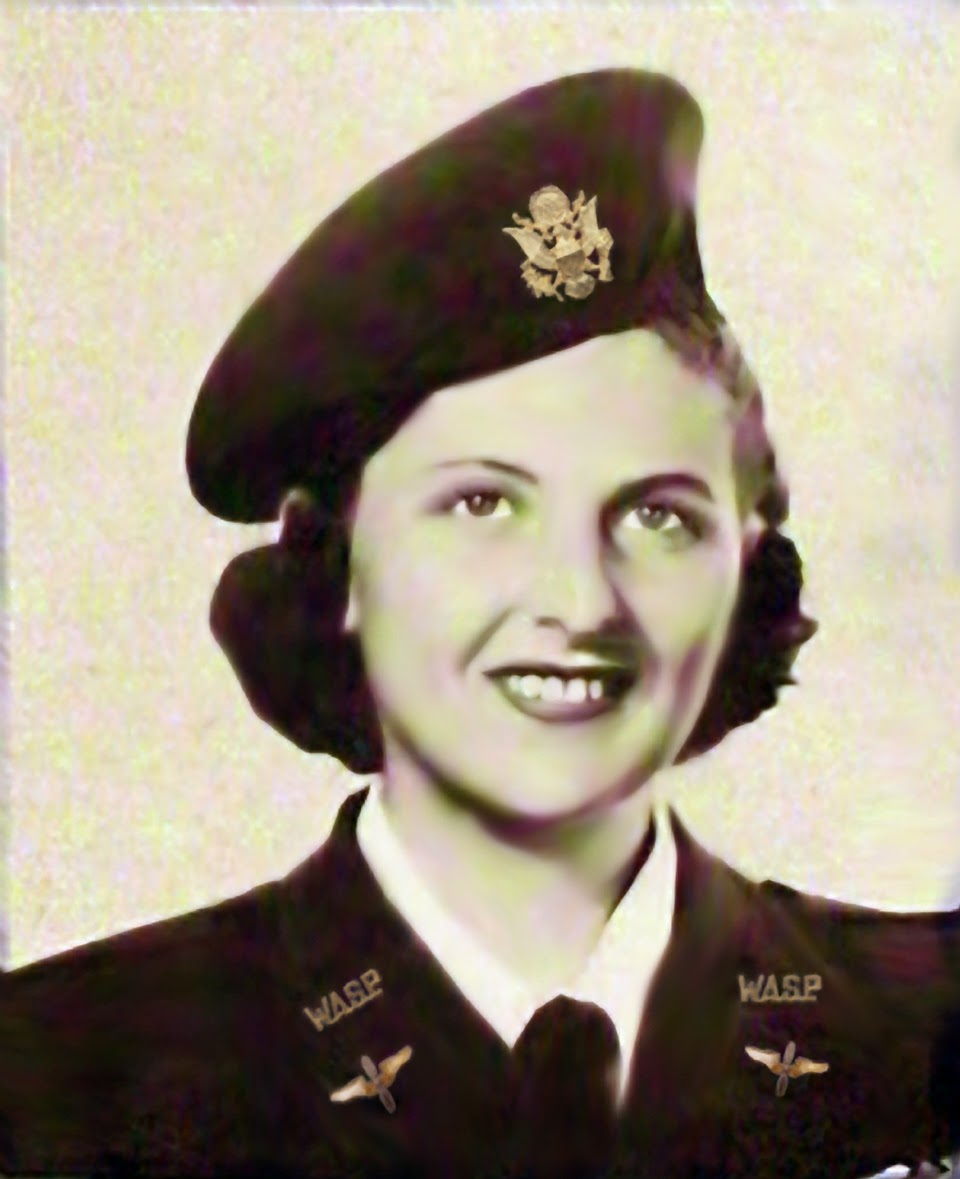 "I was absolutely convinced that they couldn’t win the war without me.  After all, It was a big effort and everybody had to pitch in and I wanted to do my share!    I was going to be a WASP!"
WASP Mary Nesbit Hearn, 44-6 **

Born February 19, 1921, Mary Harriet Nesbit was the fourth of five children born to Navy Captain Donald W. Nesbit and his wife, Nancy Pike Nesbit. It was a comfortable household and as a military family, the Nesbit household moved often.

In 1927 Charles Lindbergh made his historic trans-Atlantic flight that electrified the world. When he stopped to visit Pensacola Naval Air Station, the officers and their families were invited to meet him at a reception held in his honor; and at the age of six or seven, Mary was not only awe stuck but in love, and sure he’d wait to marry her.

Shortly there after, a family friend, Admiral Rabie invited Mary and her older sister Nancy to a white glove dinner, and as the girls were saying “Thank you for a lovely evening”, Admiral Rabie pulled two small boxes from his pocket and gave one to each of the girls. The boxes held miniature gold naval aviator wings. The Admiral explained that he did not invite their brothers because they would eventually have the opportunity to earn their wings. But because girls could never earn them, he wanted to give them the miniatures as a gift.

Mary’s two older brothers graduated from the Citadel in June of 1941. The oldest received a direct commission into the Army, and the youngest of the two, not quite 21 went on to get his masters in engineering before joining Patton’s Army following graduation. Mary’s older sister got her Masters in political science, earned a scholarship to Buenos Aires for a year and was a translator during the war. Mary graduated from Chapel Hill, and the youngest brother joined his older brothers in the Army once he graduated from the Citadel.

With the war in full swing and her brothers and sister involved in the war effort, Mary wanted to do her part. After asking to join the WAVE (Women Accepted for Volunteer Emergency) and having her father nix the idea, as not a fitting place for a “lady”,  she moved on to the idea of being going to Baltimore and building aircraft as a “Rosie the Riveter”. That was not well received either.

Mary saw an article in the Sunday Washington Post about the Women’s Airforce Service Pilots (WASP) and was immediately inspired. After her father reviewed the article, noting that 500 flight hours were required, and knowing her salary of $90 per month would buy little flight time, he gave his blessing. Regardless of how long it would take, she was elated to think she was on the road to helping her country win that terrible war. She started her lessons at a small airport outside of DC. She could take a bus and get to within a mile of the field and walk the rest of the way. Stretching it a bit, she could make one months salary last for six or seven lessons. She loved flying and soloed in nine hours.

She hit a snag when the government closed all civilian airports within 50 miles of the coast. But not to be deterred, she found a small airport... actually a grassy meadow, in Manassas, Virginia where she could continue her lessons. There was a daily train, and a railroad employee that had a rooming house that included Saturday night dinner and Sunday breakfast for a nominal price. Although the lessons with an overnight stay cost considerably more than the lessons at the local airport, Mary dipped into her savings and over a weekend she could pick up two hours of flying time on Saturday and two hours on Sunday and get back to DC on Sunday evening.

Her father’s plan to keep her occupied, but close to home, was sabotaged without warning... the Army Air Corp decided that women with 500 hours of flying time had developed habits that just didn’t comply with the “Army Way”; the flight time requirements were dropped from 500 hours to 35 hours! Mary was ecstatic! Only about five hours to go before she could submit her application! Just one final trip to Manassas!

With her log book and application in hand, she made her way to the WASP headquarters, Jacqueline Cochran’s office, in the Pentagon and begged them to send her to Sweetwater immediately. She didn’t realize that the WASP were swamped with over 25,000 applicants. Fortunately Mary had her degree from University of North Carolina, and met all the age, height and weight requirements. Each weekend she would show up at the WASP office, let them know she was packed and ready to go until they finally accepted her into the class of 44-5.

The long awaited departure day finally arrived and, her father took her to the train station for her trip to Sweetwater. Mary had orders to report to Avenger Field on his birthday, Dec 7. While saying their goodbyes her Father pulled out a wristwatch with a sweep second hand. It was one of the requirements for entering school, but she hadn’t put aside the money for it. It was his way of giving her his blessing.

A number of girls entering the class of 44-5 got off the train together in Sweetwater, made their way to the Bluebonnet Hotel and waited for the next mornings transfer in the “Cattle Car” to Avenger Field or better known as “Cochran’s Convent”.

The new recruits were taken to an auditorium, the lights were turned down and they were told “look to your right, now look to your left” – “Only one of you will graduate”. Mary was terrified! The women were issued two men’s coveralls – size large – but they rolled up the sleeves, rolled up the legs and cinched in the belt and made do. Additionally they were issued two sheets and one blanket; rooms were known as bays, and there were six girls to a bay with one bathroom. I don’t think she will ever forget being awakened by the airplane engine noise from the flight line that she remembers as music to her ears, while the odor of gasoline was her perfume!

One of the bay mates was not quite ready for revile at six the first morning (she was doing her hair!); everyone was surprised and shocked when they returned from breakfast to find her mattress stripped and rolled up. She was gone - the first woman had been washed out of 44-5, but not the last.

Each class was divided into Flight 1 and Flight 2. Flight 1 went to ground school in the morning while Flight 2 flew, and in the afternoon it reversed. The PT-19, an updated version of the 90 horsepower WWI Red Baron plane, was the primary trainer. There was no starter; had a fixed landing gear, quite close together, making for tricky landings, touchy breaks, no intercom and an open cockpit. When the instructor tapped his head, he was in control; if he moved the stick back and forth, the student was to take over and repeat the maneuver he had just demonstrated.

In the middle of Advanced Training, she was transferred to another instructor – she was terrified she was being washed out. She was told no, but it was suggested that she was lacking in upper body strength... so she added the gym to the already 16-hour days between flight school, ground school and study. In the advanced stage there was night flying and several cross country flights. 44-5 was getting close to graduation, but her final flight was a 2,000 mile cross country solo from Sweetwater, TX to Blythe CA. Getting caught in a nasty squall, with thunder all around and lightening dancing on her wings, she was sure she was a goner... Petrified, but steady, she held her heading, and managed to clear the squall.

The final written exams and check ride were closing fast. Morse code was more of an issue than anything else; map reading, engines and plotting courses all came easy, but those dots and dashes just wouldn’t fall into place for Mary. With help from her Bay mates’ drilling and quizzing she passed. With the final written exam behind her, it was now time for THE check ride... She as so intimidated by the Army Lieutenant performing the check ride - she was sure he would fail her – pass or fail? Wings or no wings? Oh, the shame of going home without her wings! There was a lot riding on that one hour check ride! She was so nervous she started to cry, went behind a shed and had her head buried in her hands when an instructor found her sobbing – “What the hell are you doing? Don’t you know that you wouldn’t be here unless we knew you would pass?   Now get out there and show them what you can do!”

Mary was 23; it was Jun 27, 1944 when 72 of the original 132 class of 44-5 graduated. Mary walked across the stage and was presented with her wings.
On one of her solo flights, she’d flown over a desolate little airfield, which wasn’t on the map, in fact she thought she was off course until she spotted Phoenix just ahead. There was not a blade of grass, not a tree, just desert. Come to find out it was Marana Army Air Base – her assigned base as an engineering  test pilot! She tested five planes a day, two in the morning and three in the afternoon testing their air worthiness.

Little did she know that the desolate air field held the key to her happiness for the next 57 years.  You see, she met the love of her life, Lu Hearn, the very first day at Marana.

In reviewing her log book yesterday, I found the entry for February 7, 1944 – she had 3 ½ hours of flight time practicing the pylon course and doing lazy eights...

Services to be scheduled at Arlington National Cemetery. 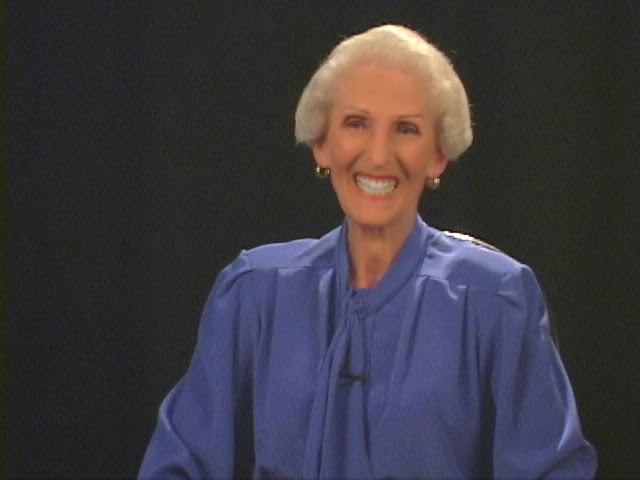 Mary Hearn was a gentle lady with a talent for making you feel at ease.  Such a lovely person and a delight to interview, which we were privileged to do in her Florida home in May, 2003.

Below is a photograph from that trip.  Mary was unfazed as we unloaded all of our video equipment and placed it in her beautiful living room. Gracious is the word I will remember.  Mary was so gracious.

God bless her family and all of those fortunate to have known her.

Nancy Parrish
Posted by Wings Across America buglegirl at 3:32 PM No comments: