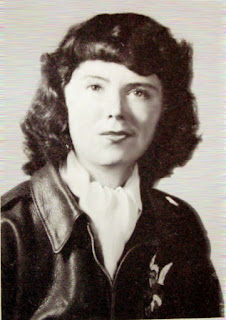 "Outside my family and my husband, the WASP program was the greatest thing that ever happened to me.  I wanted to fly…. I loved it.   If you know what you want to do, don’t let anybody stop you.  You can do it!” *

Virginia Lee Jowell Hagerstrom (Class of 43-W-4) was born December 12, 1920 in the small East Texas town of Frankston. She excelled in school and had her heart set on going to college, even though it was the middle of the depression. She managed two years at Lon Morris, a small Methodist college in nearby Jacksonville, by literally singing her way through in a small band that toured the state on weekends and holidays. She then transferred to Stephen F. Austin State Teachers College in Nacogdoches where she graduated with a major in English and a Spanish minor. While there she participated in the Civilian Pilot Training Program and after graduation went to work for Delta Air Lines in Atlanta as a ticketing agent. When the WASPs were organized, she applied and was accepted.During her time at Avenger Field in Sweetwater she made friendships that lasted her entire life. She was still a WASP when she met her future husband, James P. Hagerstrom -- fresh back from his combat tour in New Guinea. They were both Army Air Force pilots passing through Orlando, Florida. He proposed three weeks later and they were married at Romulus Army Air Base, Michigan, where Lee was stationed, with a fellow 43-W-4 classmate Grace Clark Fender as maid-of-honor.
The couple settled in Houston and Lee taught school until the birth of her third child. With the outbreak of the Korean War her husband was recalled to active duty and he again flew combat missions (he became a double fighter ace, as he was also an ace in WWII). The fifties hosted the birth of five more children, and postings in Virginia, North Carolina, Texas, Japan, and Hawaii. The sixties were spent in Southern California where Lee returned to teaching and her husband attended law school at night while finishing out his Air Force career, including a tour in Vietnam and Thailand.In the seventies the family began a series of adventures on sailing yachts, even building one from the keel up. They sailed down the coast of Mexico, to Hawaii, and to Micronesia. The eighties first saw Lee and James in the Dominican Republic, and then back in Micronesia where Lee taught at the college and James was legal advisor for the local government.
In the early nineties the couple moved to a small town in northern Louisiana, where they spent their time gardening and enjoying visits from family. After the death of her husband in 1994, Lee lived with one or another of her children in San Francisco, Korea, Burma, Mexico, Maryland, and Texas. Her last years were spent near family on the Eastern Shore of Maryland. She died there, peacefully, on the morning of May 28, 2015.
A funeral service is planned for September. She will be buried, as WASP Lee Jowell Hagerstrom, with her husband in Arlington National Cemetery.

*. Quote from Lee's interview with Wings Across America. 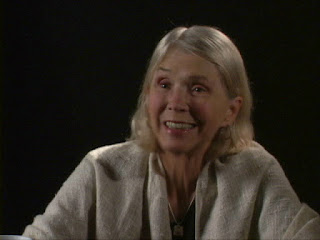 Meeting Lee Hagerstrom was a wonderful, unexpected blessing, as we walked into the WASP tent at Oshkosh in 2003. Lee was delightful, charming, energetic and warm and delighted to meet 2 fellow Texans.

Our second meeting with Lee was in Rio Rocco, Arizona. We turned on the video camera and were mesmerized by her stories and her enthusiasm for many hours. We will never forget her kindness and the beautiful sparkle her eyes when she talked about her family and about flying.

God bless all those whose lives were touched by this amazing WASP.

Posted by Wings Across America buglegirl at 3:07 PM 3 comments: 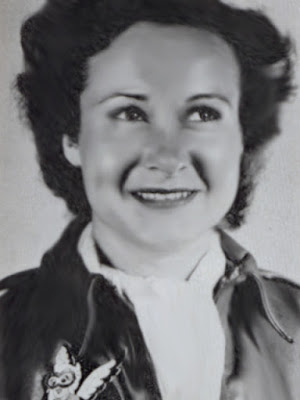 Buncombe County native Dorothy “Dot” Post Hoover, 98, was buried in Asheville following her death on March 15. She was a genuine American trailblazer and hero. Those are not titles she would have likely embraced or even wanted, but still fitting ones for someone like her all the same. For as a member of the Women Airforce Service Pilots, better known by their acronym WASP, she did things that no American woman had ever done before her.

The WASP was a group of bright, ambitious young women who, at the outbreak of the Second World War, were looking for a way to serve their country. In 1941 two of America’s most famous women pilots, Jacqueline Cochran and Nancy Harkess Love, submitted proposals to the U.S. Army Air Forces under the command of Gen. Henry “Hap” Arnold to create an all-female non-combat flying unit, the main task of which would be to ferry aircraft and materials to and from various military bases and other locations, as well as serve in other capacities such as towing military gliders and aerial targets for use in gunnery training. Such a unit would free male pilots to go overseas.
From Cochran’s and Love’s efforts was born the Women’s Flying Training Detachment (WFTD) and the Women’s Auxiliary Ferrying Squadron (WAFS); the two groups eventually merged under the single title of the Women Airforce Service Pilots. 25,000 women reportedly applied to become pilots but only 1,830 were accepted and 1,074 graduated. Training was rigorous and long, with demanding in-flight training. Following graduation, the new WASP recruits leaped into their professional roles with full-throttle gusto. By the time the group was disbanded in 1944, it had flown over 60 million operational miles from various locations around the nation and the world. During this time they flew nearly every type of military aircraft in existence, from the big bombers to the slick little fighters. In the end, they more than proved their value, not to mention the faith Gen. Arnold had put in them at the start. “I am very proud of you young women for the outstanding job you have done as members of the Air Forces team,” Arnold told the last graduating WASP class. “When we needed you, you came through and have served most commendably under very difficult circumstances.” Barry Goldwater, who helped oversee WASP operations during the war, later said his involvement with the unit was among his proudest achievements. Recognition otherwise was slow in coming to the pilots. It would take another 33 years for them to finally gain official veteran status. In 2009 the WASP at last received the national recognition long due them when they were awarded the distinguished Congressional Gold Medal by the Congress of the United States and the President.
If the WASP are now celebrated as heroes, it is largely because of women like Dorothy Hoover. Ms. Hoover, like her colleagues, had a mission and a dream. The mission was to serve her nation in its greatest hour of need; the dream was to fulfill that mission through the pursuit of something she loved: flying airplanes. But those things alone were not enough to ensure success. She also had to have the courage, determination and professional competence to achieve her lofty goals. She had all of these in abundance. I believe the legacy of Dorothy Hoover and her sisters in flight is one that will endure and resound down through American history. They serve as a lasting reminder to us all, men and women alike, that amazing things can happen when we have the faith and grit to make our own dreams come true. The WASP taught us something else too: often the most satisfying dreams are not about us alone but the work we do for others. God’s speed, Dorothy.

Posted by Wings Across America buglegirl at 9:37 AM No comments: