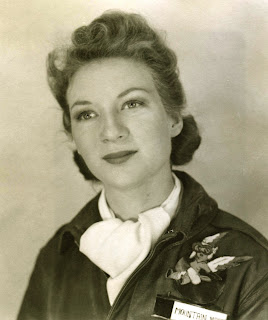 I wanted to share this sad news with you all and am posting this information online which will include a place to write messages to the family or share a special memory of this unique, inspirational and gentle spirit named Marie.

Her life touched so many in so many different ways. To me, her maiden name best describes the size of her heart and her compassion, her courage in the face of many challenges, her love for her family, and her faith: big as a Mountain. She spoke softly, yet left lasting footprints on this earth—too big to ever be filled. She is a shining example of why I will continue to share your stories.

Dear Friends :
It is with deep sadness that I inform you that Marie passed away this morning at 9 am, Thursday, October 2, 2008, surrounded by her family. She has been in fragile health for many years and suffered a bad fall at home last April after which she became progressively weaker. She was 93 in February.
Marie's faith, character and values, her love of God, family and everyone who knew her, were the defining features of our family life. She brought great spiritual strength and purpose into all we did and into the lives of our children and grandchildren. 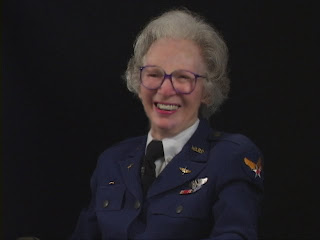 As you know Marie was also a woman of outstanding intelligence, talent and accomplishments in music where she achieved national recognition in flute teaching and performance. During World War II she was one of the first women to serve as a pilot for the US Air Force as a member of the Women's Air Force Service Pilots (WASP) and a pioneer leading the way for women to fly today for all the military services.

Although we shall miss her greatly we do rejoice that she is now with God and surrounded with perfect peace and love for eternity. We await our reunion with her in God's own time.

Memorial services will be held at the Ann Arbor Christian Reformed Church, Ann Arbor, at 12 noon, Tuesday, October 7, 2008. Interment will be in the family plot at Resthaven Cemetery, West Des Moines, Iowa, the next day
Her Obituary as published in the Ann Arbor News is below.
Love, John

______________________
Marie Mountain Clark, 93, was called to her eternal home by God on Thursday, October 2, 2008, surrounded in her earthly home by the love of her family. Marie was born on February 8, 1915, in a small farm house at West Liberty, Iowa. She spent her childhood in West Des Moines, Iowa, where her father established the Iowanola Dairy for the breeding of pure bred Guernsey cattle and the production and marketing of high butter fat Guernsey milk and other dairy products. She is a retired flute teacher and performer having served as Principal Flute in the Drake University-Des Moines Symphony Orchestra, the Ann Arbor Symphony and orchestras in the Boston, Massachusetts, area. She has performed professionally as a soloist and with Chamber Groups and has taught private students in Ann Arbor and Boston. In the 1945-46 she served as the Instructor of Flute in the University of Michigan School of Music and in the summer of 1946 was a student at the Tanglewood Music Festival. Marie is a graduate in Music from Drake University and completed Graduate Studies in Music at the University of Michigan. She is a former flute student of Georges Barrere and George Laurent. During her high school days she was both a National Champion and Iowa State champion in flute performance. Marie is a 70-year, Life Member of the Mu Phi Epsilon International Professional Music Fraternity and has been affiliated with the Ann Arbor Alumni Chapter since 1957.

During the Second World War Marie completed U.S. Air Force pilot training with the Women’s Air Force Service Pilots (WASP). Following graduation in February 1944 she was assigned as a pilot with the U.S. Air Force, accumulating about 1000 hours in military aircraft, including the PT-19, BT-13, AT-11 and AT-6 training aircraft, the P-39 and P-63 fighter aircraft and as a copilot in the B-17 and B-26 bombers. Her military service was at the Las Vegas (Nevada) Air Force Base where her duties included giving instrument flying instruction to male pilots, flying mock fighter attacks on the B-17 “Flying Fortress” and serving as an engineering test pilot for P-39 and P-63 fighter aircraft. She is a member of the Caterpillar Club, an organization of those military pilots who have made an emergency parachute jump from an aircraft. The WASP were the first women to serve as pilots for the US Air Force and were the pioneers that led the way for women to fly today in all the military services. In 2005 Marie published her World War II memoirs in the autobiography: Dear Mother and Daddy: World War II Letters Home from a WASP.

The family wishes to express their gratitude to Dr. Alan Dengiz and his staff at Senior Health Services, St. Joseph Mercy Hospital, for the excellent medical care given to Marie for many years, to the nurses and staff at St. Joseph Mercy Hospital, Hospice Home Care, who kept Marie comfortable during her final week, to Victoria Sarah, RN, who cared for Marie for several years, to Mary Lindquist, RN, for her caring and advice to the family and to Sue Larde, owner of Homelike Care, Inc. and her staff, who managed the family meals during the past three years.

Memorial services will be held at 12 noon, Tuesday, October 7, 2008 at the Ann Arbor Christian Reformed Church, 1717 Broadway, Ann Arbor 48105, with Pastors John Groen and Harvey Stob officiating with a reception to follow at the church. Interment will be on Wednesday, October 8, 2008, in the family plot at Resthaven Cemetery, West Des Moines, Iowa, next to the family home and in ground that once was part of the family farm.

In lieu of flowers contributions may be made to the Ann Arbor Christian School, 5500 Whitmore Lake Road, Ann Arbor, MI 48105. Local Funeral arrangements have been made by the Muehlig Funeral Chapel, 403 South Fourth Avenue, Ann Arbor, MI 48104 with interment arranged by the McLarens Chapel, West Des Moines, Iowa.

From Page 258 “Dear Mother and Daddy” By Marie Mountain Clark

In her own words:

I have been privileged to enjoy an abundant life for which I am deeply grateful. My parents were loving, considerate, and faithful Christians who taught me early to know and love God. They provided me with a caring and secure home, the best education available, and taught me to be patient. I was fortunate to marry a man who shares these values and my views of God and eternity. We have been blessed with children, grandchildren, and a great-grandson in whom we have tried to instill the essence of the Christian faith.

My wartime service as a WASP was my one great opportunity to serve the country I love. It gave me the chance for extended personal development and to have unbelievable flying experience. I can only describe it as an “opportunity of a lifetime.” I am grateful for this, too.

John and I have traveled extensively and visited many ancient places of great renown but the most satisfying experience of all was to return home to our family and loved ones. These are the most important things in life: family, home, and friends, and to love God and one another.


Posted by Wings Across America buglegirl at 1:33 PM 2 comments: