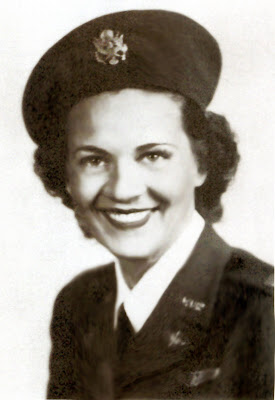 Memorial
A visitation and memorial service will be held from 2 to 5 and 7 to 9 p.m. Monday at Grabill Missionary Church, 13637 State St., Grabill.
Funeral services will be at 10 a.m. Aug. 5.
Arrangements by D.O. McComb & Sons Funeral Homes.

THE FOLLOWING REPRINTED FROM THE JOURNAL GAZETTE
AUGUST 5, 2008

GRABILL – As family and friends grappled with the emotions spawned by the loss of legendary aviator Margaret J. Ringenberg, the tears often gave way to laughter as cherished memories were shared.

Family members agreed that Monday’s visitation for Ringenberg was a celebration of a life lived with determination, faith and no regrets.

Ringenberg, 87, died in her sleep July 28 while in Oshkosh, Wis., for an air show to give a presentation as a former member of the Women’s Air Force Service Pilots, or WASPs.

“I can’t think of a more fitting way for her to pass,” said Jon Wright, 33, Ringenberg’s grandson.

Granddaughter-in-law, Becky Wright, 32, said Ringenberg knew to appreciate life and its experiences – whether she was watching her great-grandson play on the monkey bars or she was flying around the world.

“So many people say live life to the fullest, and I think she realized what that meant.”

The Wrights laughed as they said they imagined when Ringenberg arrived at the Pearly Gates, she likely informed St. Peter a mistake had been made and pulled her BlackBerry out to tick off the obligations on her busy schedule.

That BlackBerry was the first thing Jon Wright said he asked for, and he carried it in his pocket while at Ringenberg’s visitation Monday, calling her a “gadget grandma.”

“The sadness is ours because we miss her,” Becky Wright said.

Grandson Josh Wright, 29, of San Antonio, said Ringenberg’s family got “so spoiled” by the frequent chances to ride with “the grandma that flies,” they would sometimes turn down flights.

Wright also confessed to the possibility he may not have waxed his grandmother’s plane as perfectly as she liked, a challenging task grandson Joe Wright, 31, learned in junior high.

“I’m certainly not a perfectionist, but I was for her,” Joe Wright said about the waxing work.

Ringenberg joined the WASPs in 1943 as a ferry pilot. After the WASPs disbanded, she became a flight instructor in 1945 and began racing in 1957.

Ringenberg announced the war’s end in 1945 to Fort Wayne residents by dropping 56,000 leaflets proclaiming “Japan Surrenders!” from a plane over downtown. Both newspapers in the city were on strike, so a radio station hired her to make the historic “news drop.”

According to her biography, Ringenberg took her first flight, from a farmer’s field, at age 7. In 1998, Tom Brokaw spent an entire chapter of his best-selling book “The Greatest Generation” on Ringenberg. She gave him a flying lesson when he interviewed her.

While so many people are familiar with Ringenberg’s flying legacy, Joe Wright said she also left an important family legacy.

Ringenberg, who told her loved ones that so many families are broken and separated, insisted the family get together for a meal every Sunday.

“She wanted us to stay together,” Joe Wright said.

Ringenberg was strong, stubborn and a woman of faith, Joe Wright said.

“She told me and she told our parents she prayed for us daily,” Joe Wright said.

Saying he believes in the power of prayer, Joe Wright said, “I just can’t imagine how our lives have been shaped (by her).”

It took no fewer than nine tables throughout the long hallway at Grabill Missionary Church and a video slideshow to share Ringenberg’s life, including her service, her racing career and her family.

Among those who attended Monday’s visitation was Dan Reed, 59, of Fort Wayne, who was taught by Ringenberg in the 1970s when he sought his commercial and instrument flight license.

While Ringenberg expected hard work from her students, Reed said she had a way of teaching – and correcting – that made him feel encouraged.

Visitors also included Susan Sears, 62, and Esther Wyandt, 74, both of the Indianapolis area and, like Ringenberg, members of The Ninety-Nines Inc. International Organization of Women Pilots.

Sears, who knew Ringenberg for about 15 years, said Ringenberg was an “accomplished pilot,” “personable,” and a “pioneer in flying.”

Both Sears and Wyandt agreed Ringenberg helped women who strived to be pilots.

“Certainly people like Margaret paved the road and made people understand women could fly.”

Visitors filed passed an array of floral arrangements, including one with a card that read, “Your former student. Thanks for giving me my wings.”

Another former student, Gordon Liechty, 69, of Leo, was among the evening’s visitors.

Liechty said Ringenberg gave him lessons about 1960, and they would fly from her backyard.

Ringenberg was a “great lady” and pilot who knew her plane well, Liechty said.

“She did things out of the ordinary, things people said couldn’t be done, but that didn’t stop her.”

Posted by Wings Across America buglegirl at 9:09 AM