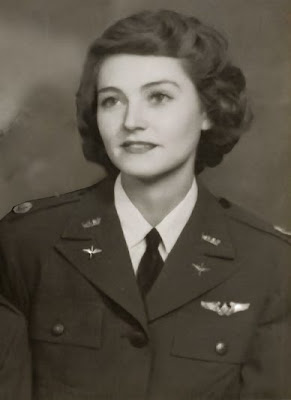 WASP Margaret Ann Hamilton Tunner passed away Tuesday evening, October 13, 2009. This gentle lady from Oklahoma was a pilot through and through and a lady in every sense of the word. She loved making things grow, wasn't afraid to dig in the dirt, and she knew how to sparkle from the inside out.


Born on September 3, 1917, in Enid, Oklahoma, Ann's first ride was in a bi-wing plane on what she described as a 'dusty strip named Woodward,' in Enid, Oklahoma. After paying three dollars for a ride, and experiencing the thrill of spins and stalls, Ann didn't think she would ever want to fly again.

After attending Oklahoma College for Women and Oklahoma University, she really fell in love with flying and finally soloed in Tulsa, Oklahoma as part of the CPT program (Civilian Pilot Training) at Tulsa, University. Spins and stalls were no longer a problem for the newly licensed private pilot.

For the next 2 years, Ann flew her J-3 Cub all over Oklahoma and Texas, before aerial charts were available, using road maps. In 1942, she read an article about Jacqueline Cochran and the newly formed Women's Flying Training program. Ann was interviewed and accepted into the second class, graduating in May of 1943.

After graduation, Ann was stationed at Romulus, Michigan, AFB, as a part of the 3rd Ferrying Group, In the early days of her assignment, the only ferrying was limited to liaison type aircraft, much like her J-3 Cub, but, eventually, Ann was sent to ATC's pursuit school, and was able to begin ferrying higher performance fighters including the P-51 Mustang, P-40 Warhawk, P-47 Thunderbolt, P-39 Aircobra and P064 Kingcobra. While at Romulus, she also served as squadron officer and as co-pilot in the B-17 and B-24.


After the WASP were deactivated, Ann returned to Oklahoma University, working for a brief time for the Alumni Association before moving to New York City, were she ferried WWII planes from the 'boneyards' to new owners. For a time, she worked as a private secretary to the famous aircraft designer, Alexander P. deSeversky. She also worked as an admissions counselor at Columbia University and a professional model.

In 1948, Ann moved to Japan, worked for the Army Occupational Forces, then returned to the states to marry Lt. General William H. Tunner in 1951. Their daughter, Hamilton Suzanne Tunner, was born in 1952.

In 1977, along with Senator Barry Goldwater, her husband, and a few others, Ann testified before Congress in request of recognizing for the WASP as having performed militarily during WWII. The effort was successful, and the WASP were given the military status they had well earned in WWII.

After serving as Commanding General of the United States Air Forces in Europe, and Chief of Staff, after successully moving the Air Transport Command Headquarters from Andrews AFB (VA) to Scott Air Force Base (IL), in 1960, General Tunner retired as Commander in Chief of Air Transportation, USAF. The Tunners retired to a beautiful farm in Ware Neck, Virginia in 1960. In 1983, General Tunner passed away.

Ann remained on "Hockley Farm" for many years, tending her garden and nurturing her family. Still in love with aviation until her last few years, Ann flew an ultralight aircraft.

Although her passing is a sad day, those who loved her most know that she was an active 92-year old until she suffered a major stroke on Oct. 11, 2009.

"A good life, well lived, and we will miss her greatly," said Nancy L. Miller.

There will be a memorial service at Ware Church in Gloucester, Virginia, on Saturday, October 24, at 2 pm, and Ann will be buried sometime later at Arlington National Cemetery, next to her husband, General William Tunner.

Posted with great respect,
and prayers for her family and all the lives she touched,
Nancy Parrish