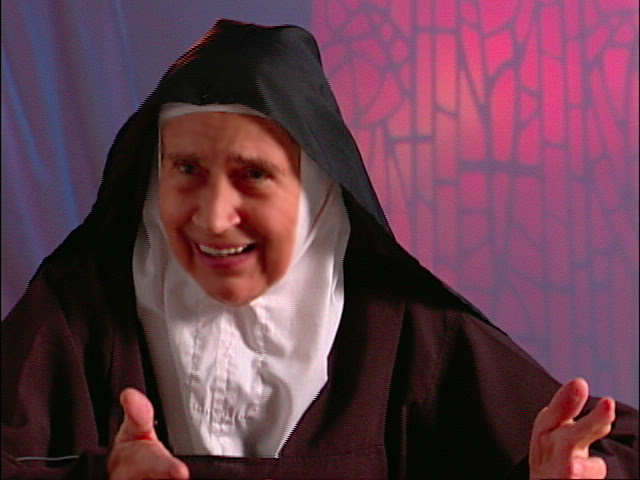 WASP Anita Paul, aka SISTER TERESA, passed away Saturday, March 28, a little after 4pm at a hospital on the island of Guadeloupe -- in the middle of the beautiful waters of the Caribbean Islands. Her work is now finished. She has truly flown home.

On the back of her profession cross was her personal motto-- one she carried with her all her days as a nun: "STO VELOX IN FIDES". Stand fast in faith. She did. Today, she is flying higher and faster--and I am richer indeed for knowing her.

I submit this text with the greatest respect. It is not so much an obituary as it is a part of her life's testimony-- who she was, what she stood for and why she will be missed. For me, it will always be the sparkle and joy that she brought to everything--no matter what the challenge. She always had that special twinkle in her eyes. 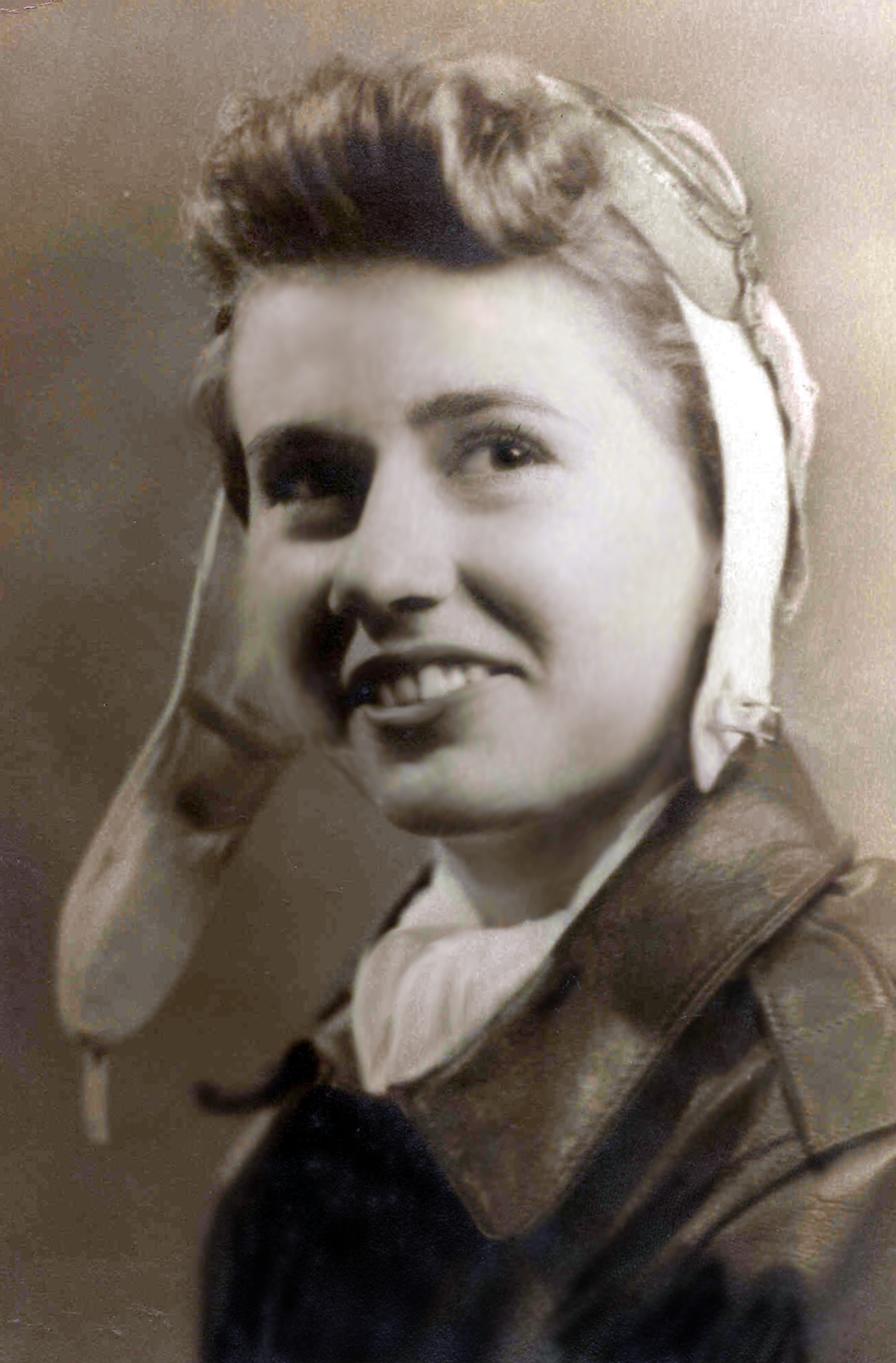 Sister Teresa, who was known in her early days as Anita Paul, was my first true 'answer to a prayer' when we started our Wings Across America project 12 years ago. She was the first amazing, inspirational WASP whose life was about so much more than flying airplanes. Inspirational indeed. She was. She always will be.

When the first letters went out to all the WASP asking if they would agree to be interviewed, I was reluctant to send a letter to the French Antillies, where she was 'stationed.' I knew that Carmelite nuns could not leave their convents. They are cloistered behind massive walls. Mom said, "Send it. I want her to know someone cares about her service." I had already prayed that God would please not let these interviews just be about 'a bunch of women pilots'. I was praying for more-- for inspiration -- for lives of service, of sacrifice, of significance.
A short time later I received the first of many letters from Sister Teresa. "I think what you are doing is important," she wrote, "but I can only ask permission if you will allow me to talk about God and what he means in my life." I wrote her back just one word in the first sentence, "Hallelujah!" Yes, indeed, God answers prayers. Her letter to me was the first of many answers-- all going in the same direction-- forward march.


Sister Teresa had to ask for special permission from her Mother Superior to come to Texas for her interview. She asked. She was told 'no.' So, her WASP instincts firing on all cylinders, she packaged up all our correspondence to date and sent it to 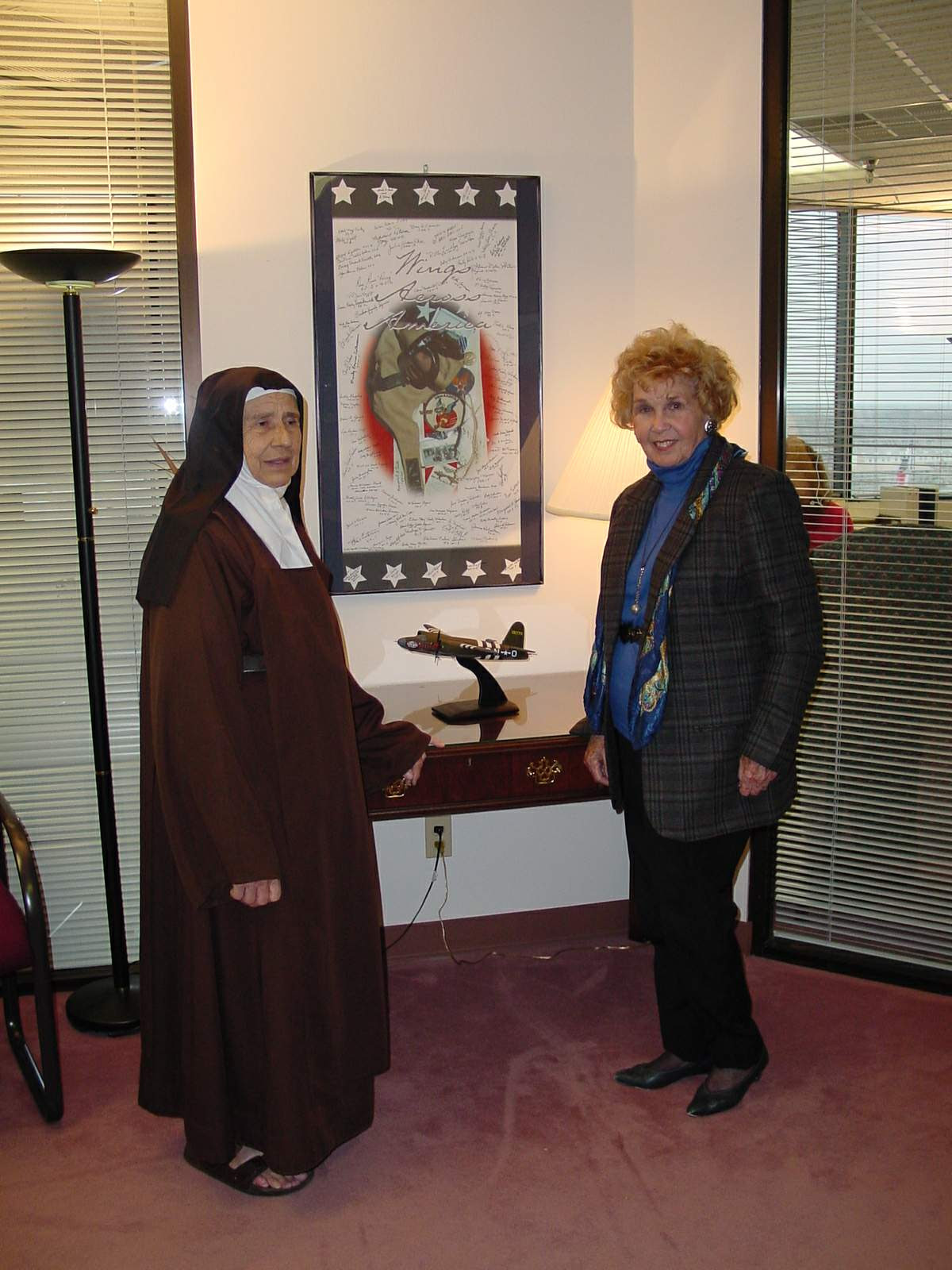 
Her next challenge was where she would stay. She wrote me about monasteries in the area. We have the largest number of Baptist churches per capita-- but we have no monasteries. However, I did write her that I had found 1 in Ft. Worth, which is about an hour and a half from Waco. Or, I told her, she could stay at our house. So the letter finally came. "I will come to Waco. I will stay with you. I will stay six days." 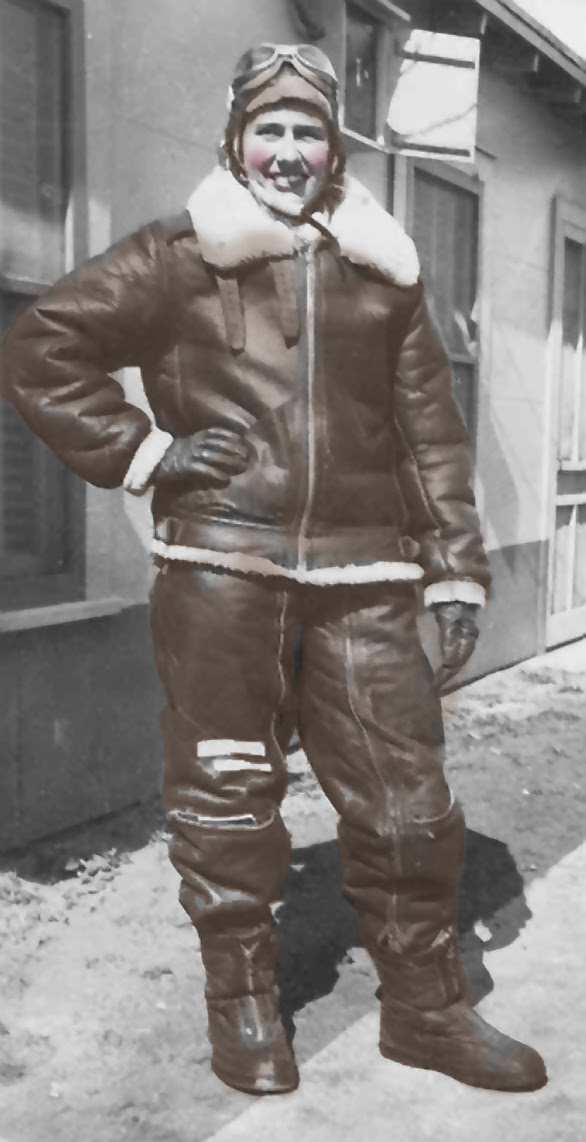 I had never really met a nun before. Six days she did stay, and we cried when she left.
Her spirit has always been a rising tide-- lifting all boats. I am so honored she chose to answer my original letter-- and I am honored to call her my friend. Her picture of the trainee ready to fly--hand on her hip, is one that is a special part of the Fly Girls exhibit- I made sure it was seven feet tall-- larger than life. Always.

She was born May 21, 1924 in Nashua, New Hampshire to a hard working French speaking family. Her young life was colored by her pride in her father's service in WWI, her imagination and her love of God, her country and the outdoors. 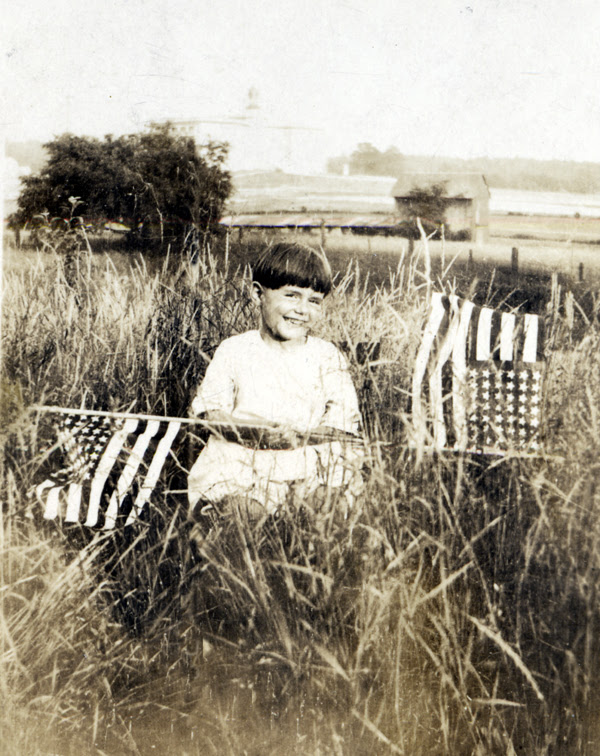 One of her fondest memories was of her dad, sitting on the porch, smoking his pipe and showing her all the bright stars. He pointed out the special "T" that shines as part of Orion's belt. He told his young daughter that a young girl named "Terese" had seen that same formation---and said to her own father, "Look daddy, my name is written in heaven." Young Anita squinted and strained, looking for an "A". Not finding one, she said to her dad, "Why didn't you name me Terese!


20 years later, when Anita became a nun, Cardinal O'Boyle announced her new name in Christ. He said that hereafter, for all time, Anita Paul would be known as Sister Teresa. God granted her wish, for her name to be spelled out in heaven. During one of her interviews, she told us, "I got my name in heaven at last-- I can claim the "T". I can't wait for the next bright night-- so I can find that special T.


Ever since I met her, she has been praying for me. That is what she did. She 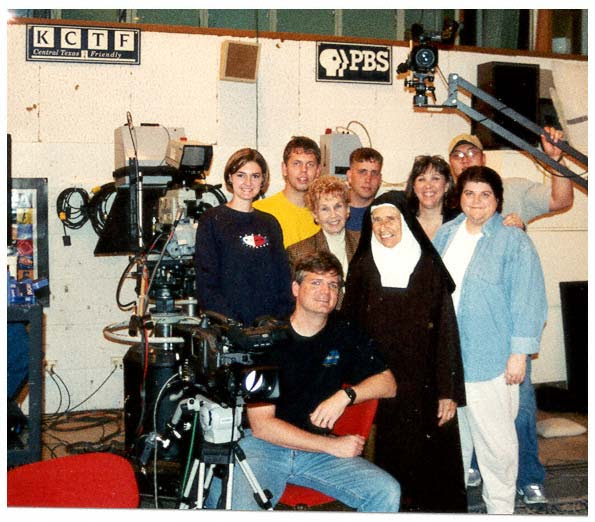 prayed for people, for leaders, for countries, for young people....and she embraced it fully. When she visited Baylor University a few years ago, the students just fell in love with her. She would ask their names, and then say, I will be praying for you. She remembered their names, all of them. Her prayers will be missed by so many.

On March 10, 2010, Sister Teresa was awarded the Congressional Gold Medal for her service as a WASP during WWII. She knew about the medal, but was unable to attend the ceremony. Her niece, Trica McNelly, was there, and proud to be representing her wonderful aunt. For Sister Teresa, it would not have been about the actual 'award.' It would have been the fact that her country remembered and that her country cared. Of course, if she could have been there, she would have, even if she had to write to Rome.


To complete this text, I include this link to a short tribute to Sister Teresa, written by WASP Deanie Parrish that was published in the special WASP edition of the Stars and Stripes, March 10, 2010.

On the right is the graphic representing the Gulf Coast Training Command,AAF,WWII. "UT VIRI VOLENT" -- that men may fly. It was special to Sister Teresa. She asked me to print it out for her. I did- and laminated it so that she could carry it with her. She kept it in a special place in her prayer book, where, I am sure, it remained until the last.

Also, an article that appeared on the front page of the Waco Tribune Herald 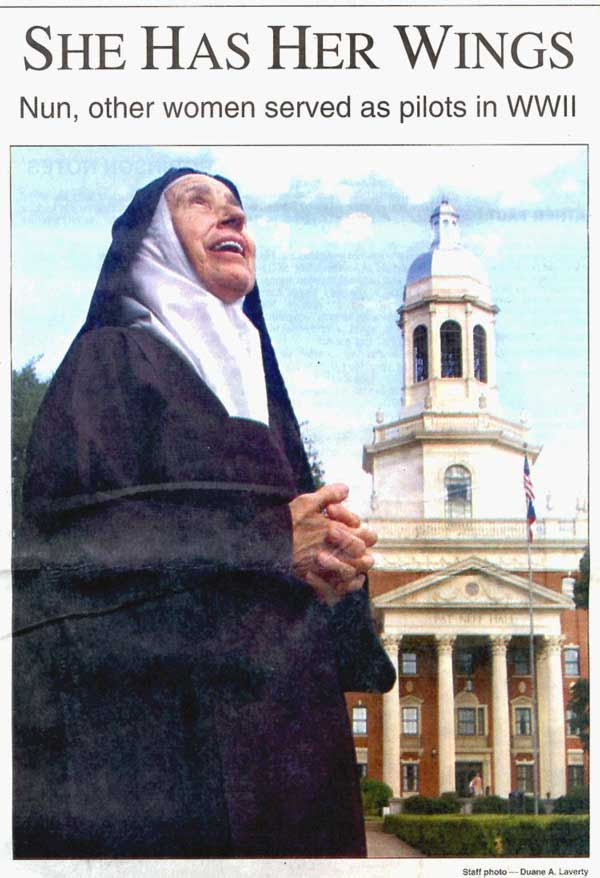 Sister Teresa was an expert at "TATTING"-- which is now considered an old fashioned skill. She had learned from her French grandmother, and she was a master Her work was in high demand by the Catholic Church. I am sure these vestments are still being worn all over the world. Here is a beautiful example: Posted by Wings Across America buglegirl at 11:24 AM