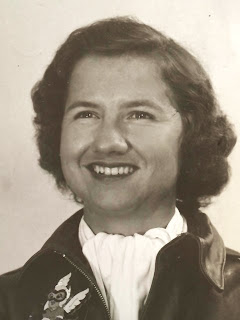 Mrs. Garrison was born in Schenectady, N.Y., where her father, I.D. LeFevre, was comptroller of the General Electric Company. She graduated from Brown School and Mount Holyoke College, and received a master’s degree in teaching from Columbia University.

In World War II, Mrs. Garrison served in the WASP (Women Air Force Service Pilots), a group of women pilots recruited by Jackie Cochran for non-combat flying missions. During her time in the service, Mrs. Garrison was a member of a tow-target squadron and a group that ferried B-25 bombers between Texas and California.


She was a resident of Rye, N.Y., for 40 years before moving to Concord 12 years ago. In Rye, she taught for many years at Rye Country Day School, and volunteered in the League of Women Voters and Planned Parenthood of Westchester. She was active in the Rye Presbyterian Church and a member of Manursing Island Club and the Apawamis Golf Club.

Donations in lieu of flowers may be sent in Mrs. Garrison’s name to Planned Parenthood.