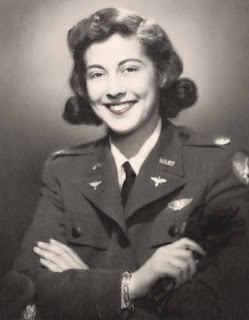 
Elizabeth "Betty" Haas  was born on July 23, 1921 in Great Neck, New York, to Bob and Merle Haas, the middle child, with an older brother and younger sister.  She started school in Scarsdale, NY.  Later, she attended  Holmquist Boarding School in Pennsylvania-- and then spent her last 2 years of high school at George School.  Upon completion of high school,  Betty was accepted at Bennington College in Vermont.  She learned to fly her freshman year, building up her flying hours each year.  During her senior year, after receiving a telegram from Jacqueline Cochran inviting her to apply to join the WASP training program, she convinced the administration at Bennington to allow her to graduate early with a degree in Marine Biology.

As soon as she graduated, Betty paid her way to Avenger Field to become a member of class 43-4.  However, while Betty was in primary training, her brother was killed tragically in a catapult failure while flying torpedo bombers off a carrier.  Betty went home to be with her family and, when she returned to training, had to join class 43-5 in order to get in all the flying and classes she needed to graduate.

After graduation, Betty was part of the Ferry Command, and spent two years flying missions from factories to bases or to points of embarkation and test flying new aircraft.  She flew many different types of aircraft from the single engine PT's, to the fastest pursuits, to co-piloting the four engine B-17.

After the WASP were deactivated, Betty worked as a flight instructor and as a co-pilot for several 'non scheduled' airlines, flying DC-3 type aircraft.   She flew as a stewardess with Pan-American Airways from 1948 to 1952 so that she could travel the world, flying out of New York to Europe and eventually San Francisco to the Orient.   In 1954, she married Arthur Pfister.  The couple moved to Aspen, Colorado, where they began a family and raised their three daughters. 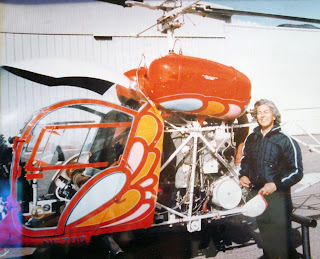 In 1963, Betty received her commercial rotorcraft rating and, just three years later, she planned and supervised the construction of the Aspen Valley Hospital Heliport--first heliport in Colorado.  In 1968, she founded the Pitkin County Air Rescue Group.    Betty  remained president or the organization until she retired in 1991.  This volunteer group of pilots continues to this day to initiate searches for downed aircraft or other emergencies in the Aspen area.

Betty was responsible for encouraging the FAA to provide and staff the control tower at the Aspen Airport and served as an FAA Accident Prevention Specialist for several years.  After she earned her balloon rating, she organized the Snowmass Hot Air Balloon Races from 1976 to 1983.  In between, she found time to fly over the Alps twice in a hydrogen balloon.

In 1973 and 1978, Betty was a member of the US Helicopter Team, competing in the world championships.  In 1981, Betty founded and became the first chapter chairman of the Aspen Chapter of the Ninety-Nines, International Women Pilots. In 1984, she was inducted into the Colorado Aviation Hall of Fame.  From 1985 to 1987, she was president of the Whirly-Girls, International Women Helicopter Pilots.

Betty served as an international judge during the 6th World Helicopter Championships in France. In 1992, she was appointed as Chief US Judge at the 7th World Helicopter Championship in England. In 1992, she received the Katharine Wright Memorial Award, presented by the National Aeronautic Association.  In 1994, she received the "Elder Statesman of Aviation Award," and the Livingston Award for Exceptional Contribution to the Recognition and Advancement of Women in Helicopter Aviation. She also received the Gold Medal Rotorcraft Award from the Federation Aeronautique Internationale in 1994. 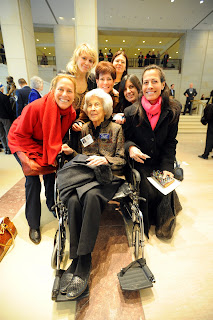 On March 10, 2010, surrounded by her girls,  Betty, along with her WASP sisters, attended a special ceremony at the Capitol, where the WASP were awarded the Congressional Gold Medal for their trailblazing, patriotic and inspirational service in World War II.
_______________

In September of 2000, mom and I were privileged to interview Betty and meet Art at their beautiful mountaintop home in Aspen, Colorado.  Betty was a gracious lady in every way, with an easy laugh and a great passion for sharing her love of aviation with young people.  Over the years, she sponsored  aviation scholarships, sending young pilots to Embry Riddle, NASA's Space Camp,  and eventually found local instructors to teach youngsters to fly.  Her reason?  "I've had a wonderful life --My tunnel vision my whole life has been aviation. ...my heart and soul have been in it for years.     I'm trying to pass on some of the great love of aviation and the pleasure that I've received to some of the younger people..."

When asked what advice she would give to the next generation,  Betty answered thoughtfully, "My main belief, I believe it right down to my toes, that if you want to do anything in life badly enough, you can do it.   We all set our own priorities as we go thru life-- maybe your priority is to be an artist -- or maybe a musician -- any field you can think of-- and I think, if you really want it badly enough you can do it."  She did, indeed.

Betty will be missed by so many, but her legacy lives on, in the lives of countess young pilots and pilots to be, rescued skiers and their families and her community of Aspen, where she made such a difference.  God bless her family and all of those whose lives she touched.


Betty's P-39 Aircobra -- donated to the Smithsonian
(from the Smithsonian website: Elizabeth Haas then bought the airplane and registered it with the FAA as NX57591 on December 4, 1946. The airplane wore her red and white racing colors and the nickname "Galloping Gertie" painted on the fuselage side. She took it back to the National Air Races in 1948 but failed to qualify. Haas lent her P-39 to the National Air Museum in 1950, but a lack of space forced the Museum to store it temporarily at Orchard Place Airport (now O'Hare International Airport) near Chicago, Illinois. In 1956, Ms. Haas made the donation permanent. After NASM lent the Airacobra to the Experimental Aircraft Association (EAA) Museum at Oshkosh, Wisconsin, the EAA repainted it in U. S. Army Air Force markings but kept the nickname "Galloping Gertie." EAA returned the aircraft to the National Air and Space Museum in 1984. Since 1999, the P-39 has been on loan to the Niagra Aerospace Museum, Niagra Falls, New York.)