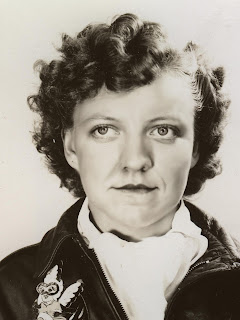 On August 25, 2010, another precious, patriotic, courageous WASP ‘Slipped the surly bonds of earth and touched the face of God’. Lizabeth Ann Hazzard passed away after an extended hospital stay at several local hospitals in south Texas.

She was born Lisabeth Ann Morgan on March 26, 1921 in Indianapolis, Indiana.  In 1941, Ann  became interested in flying and signed up for the CPT (Civilian Pilot Training) course at Butler University,  where she learned to fly. 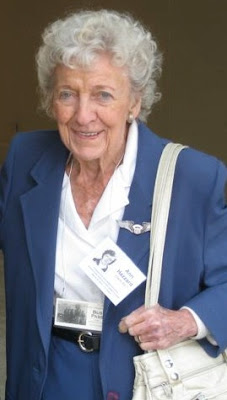 15 years after her first husband’s death, Ann met and married Harry Hazzard, businessman and great supporter of the WASP. Harry and Ann traveled to most of the WASP Reunions, with Harry serenading the WASP with his mellow baritone, ‘big-band’ voice and wife, Ann, standing close by, always smiling quietly.

In March, 2010,  Ann and Harry traveled to DC so she could be a part of the Congressional Gold Medal ceremony. Harry was by her side, smiling.

Ann was a member of Zion Lutheran Church of Alamo. She is survived by her husband, Harry Hazzard; her children, Joseph William Staples of San Antonio and Georgeanne Nell of Daleville, Alabama; her two step-children, Ed Schneider of Hot Springs, Ariz, and Susan Pratt of Lake Whitney, Texas; sister Judy Campbell of Indianapolis, Ind; seven grandchildren; and four great-grandchildren.


Memorial service was held Saturday, Aug. 28, 2010, at Zion Lutheran Church in Alamo. Funeral arrangements are under the direction of Amodor Funeral Home in Pharr, Texas.

In February of 2009, when our family was trying to plan for a very expensive trip to DC to attend the WASP Gold Medal Ceremony, Harry Hazzard kindly came forward and made it possible for all of us to stay together at a reasonable rate. His thoughtfulness and kindness will never be forgotten! He and Ann were a team. It is hard to remember them any other way. We will be forever grateful for their kindness.

Our prayers are with Harry and the entire family.

With references to online obituary and WASP Betty Turner's "Out of the Blue and Into History"
Posted by Wings Across America buglegirl at 4:30 PM